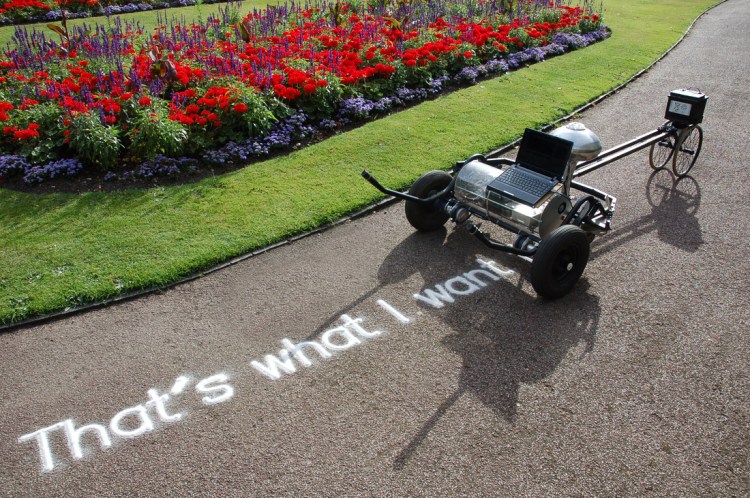 Skryf is a robot built by artist Gijs van Bon that writes temporary words using sand. The written text is vulnerable to elements like weather and human observers, so over time it degrades and becomes less clear, making its creations unique and impermanent.

Out of a small manipulated opening the sand is flowing. Very slowly it puts the text letter by letter on the ground. As long as the machine is writing a letter, the machine protects that part of the text. When the machine has finished the letter, it passes through the next part of the text, and reveals the text just written to the elements and the passers-by.

Slowly the written text will get affected by the weather, wind and audience and will disappear.
Skryf can write a long text in a street or at a path. The text can include one word or a whole story, and it varies from big to small letters. Skryf can write outdoors, this provides a slightly rawer and faster transient text, or indoors, where it is quite tight, subtle and just can persist long. 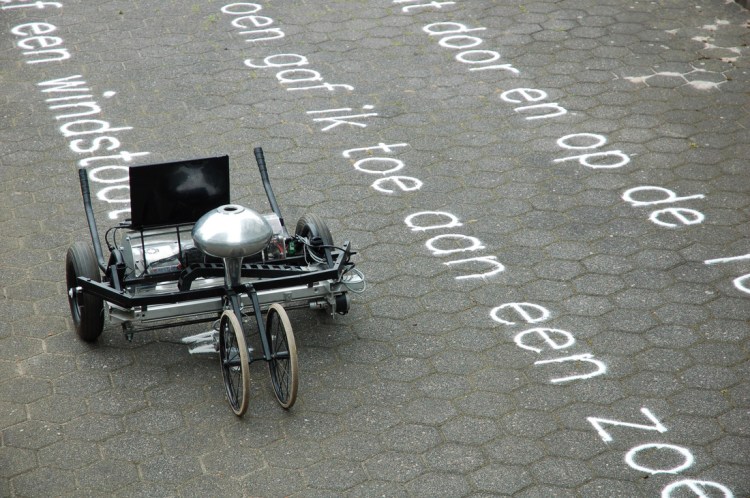 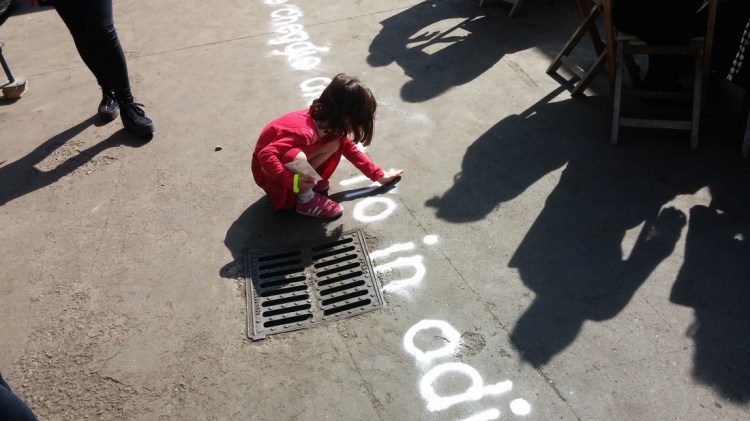 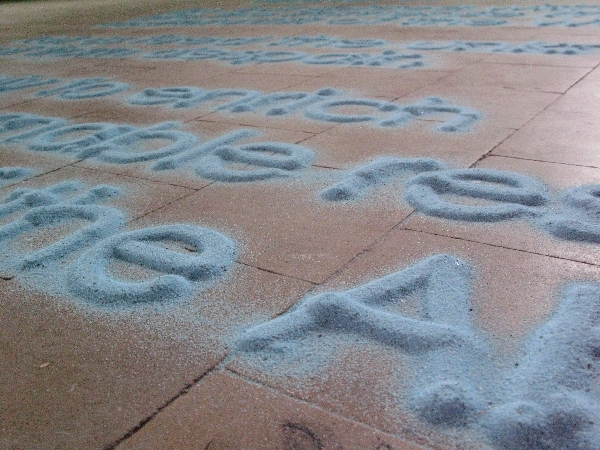