3D animator Alvaro Gracia Montoya of MetaBallStudios (previously) who created a fascinating animation that visually compared the size of exceptional asteroids in our solar system to New York City skyscrapers, has followed up with an even larger comparison that includes famous asteroids and comets from both real and fictional sources. Again, if any one of these hit Earth, it would be absolutely devastating.

In this second part of the asteroid comparison, some of the currently best-known asteroids are shown, some comets and some fictitious ones. 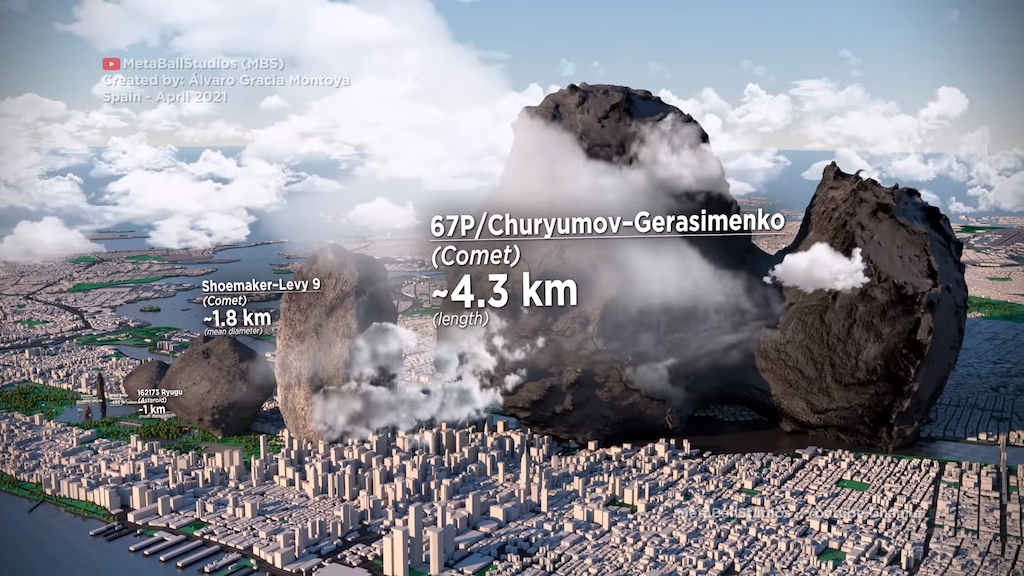