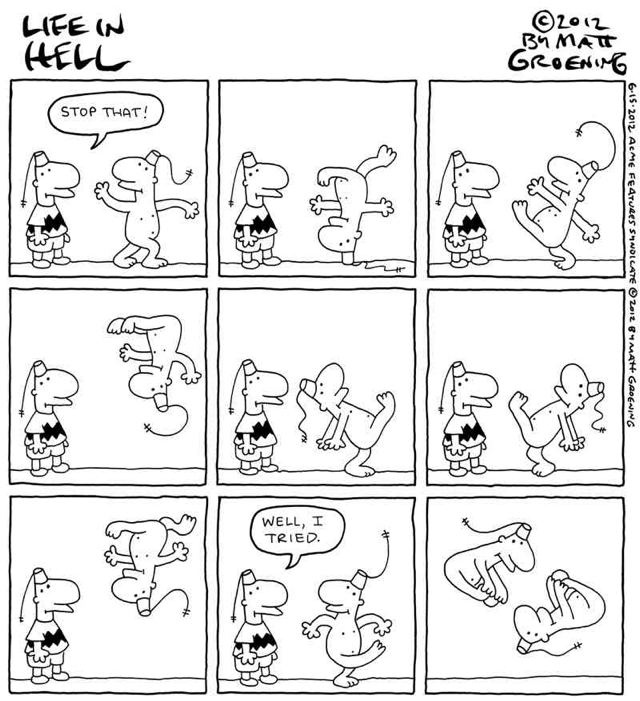 The Simpsons and Futurama creator Matt Groening started his Life in Hell weekly comic strip in 1977, and now over 30 years later, he has decided to end it. His final strip was released on Friday, June 15, 2012. Poynter has the full story and quotes Groening from an email, “I’ve had great fun, in a Sisyphean kind of way, but the time has come to let Binky and Sheba and Bongo and Akbar and Jeff take some time off”.

via Poynter and Gawker