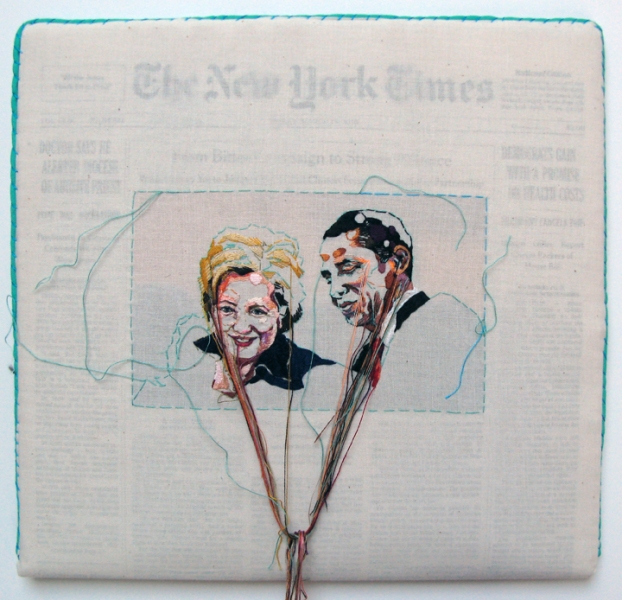 For her “Sewnnews” series, San Francisco Bay Area artist Lauren DiCioccio hand embroiders photos she finds in The New York Times, presenting the embroidery on a muslin wrapped edition of the source newspaper. The original image and surrounding newspaper text are faintly visible through the muslin, adding a ghostly effect to the embroidery. DiCioccio created the series in 2006 and 2007.

As news-gathering departs from paper form and is conveyed instead through the television and internet, the newspaper becomes a nostaligic and old-fashioned object. I describe the beauty of the ritual experience of newspaper-reading by describing the paper as a tactile and fragile object in the language of craft. The pieces in this series are entire issues of The New York Times encased in hand-embroidered cotton muslin. I select a photograph from the paper; usually a strong image suggestive of power, leadership or communication; and embroider the image onto the fabric, applying colors in a painterly way and layering line and thread. Portions of the image remain as outline and threads tangle and unravel from the fabric. 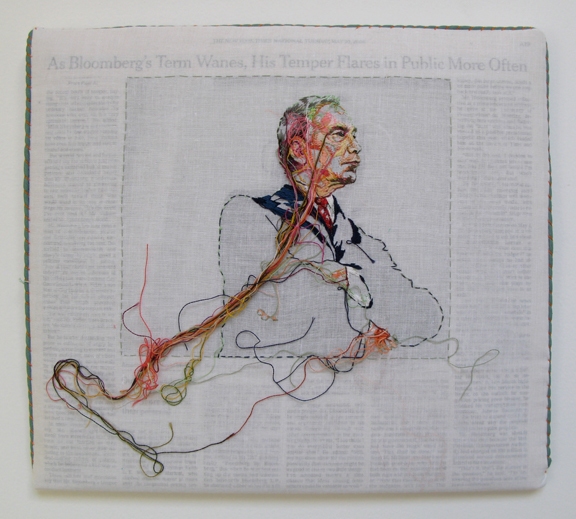 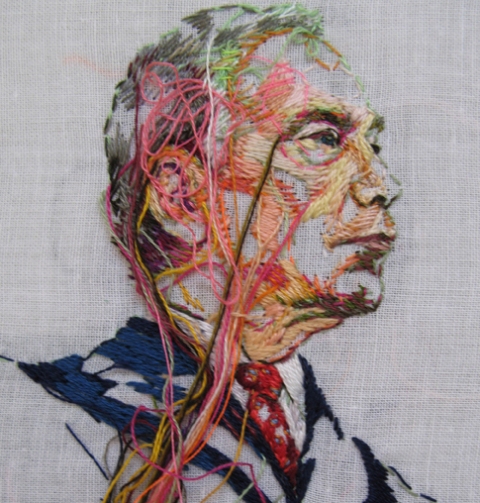 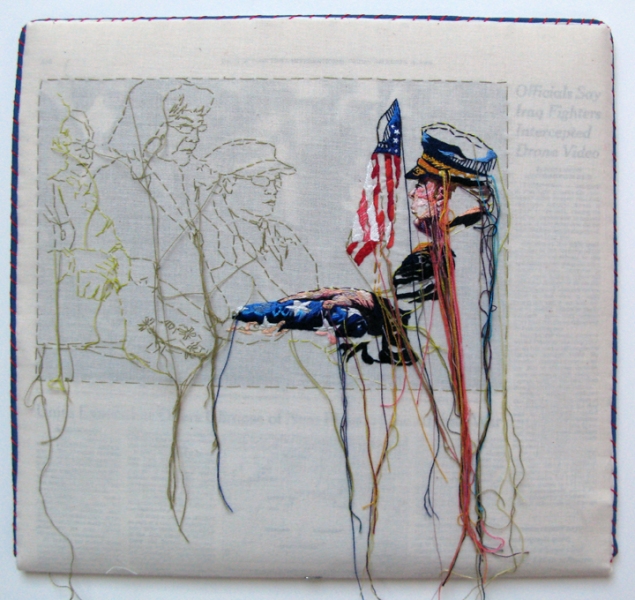 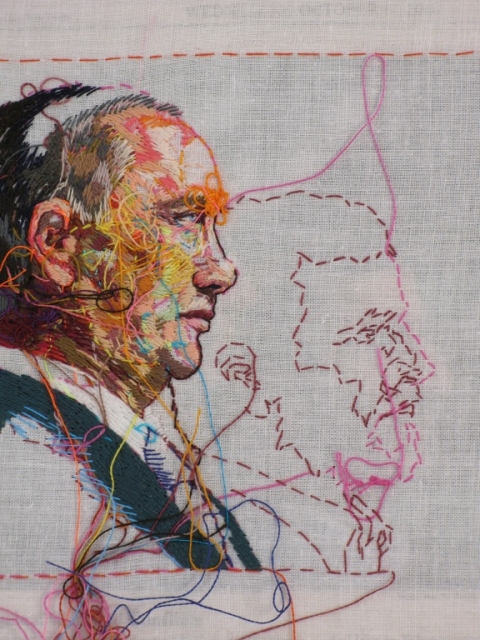 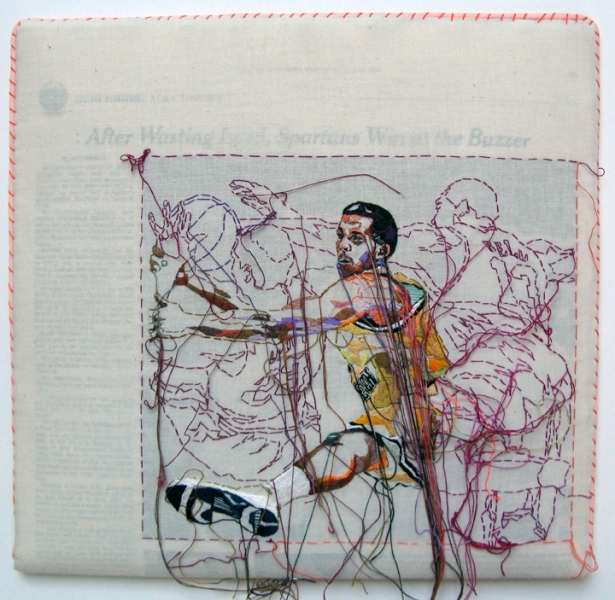 via Pulmonaire & My Modern Metropolis