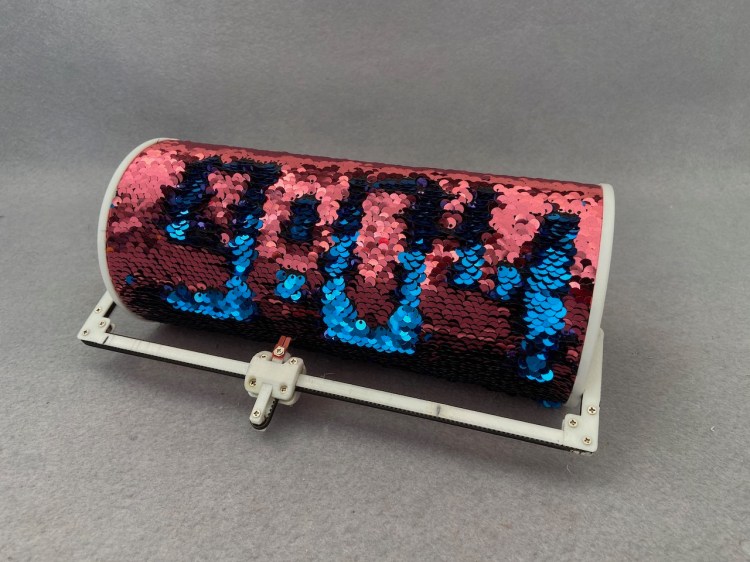 The Sequino by architect ekaggrat singh kalsi is a cylindrical robotic clock that uses a short pen to control the movement of sequined material to continuously write and rewrite the time. Kalsi stated that he was inspired to use this material by his daughter’s shirt.

This project is a continuation of my quest to build a robotic clock that can write and rewrite the time continuously day in and day out and keep going doing it. …This clock was inspired by my daughter’s t shirt with the pattern changing sequin cloth glued to it. After getting some stock fabric from a vendor I figured out the size of the clock based on the minimum resolution of the cloth .

The clock runs on an Arduino microcontroller and uses an X-Y Cartesian system.

The y axis consists of the two rings on the extreme ends of the clock driven by 2 24byj48 motors . The rings are basically gears constrained in outer rings similar to a hubless wheel. The x-axis consists of a strut holding the two rings together and driving a belt routed on a h-bot based path. The belt is driven by two motors. The motors when moving in the same direction move the pen carriage left or right on the x-axis while when then move in the opposite direction move the pen up or down. 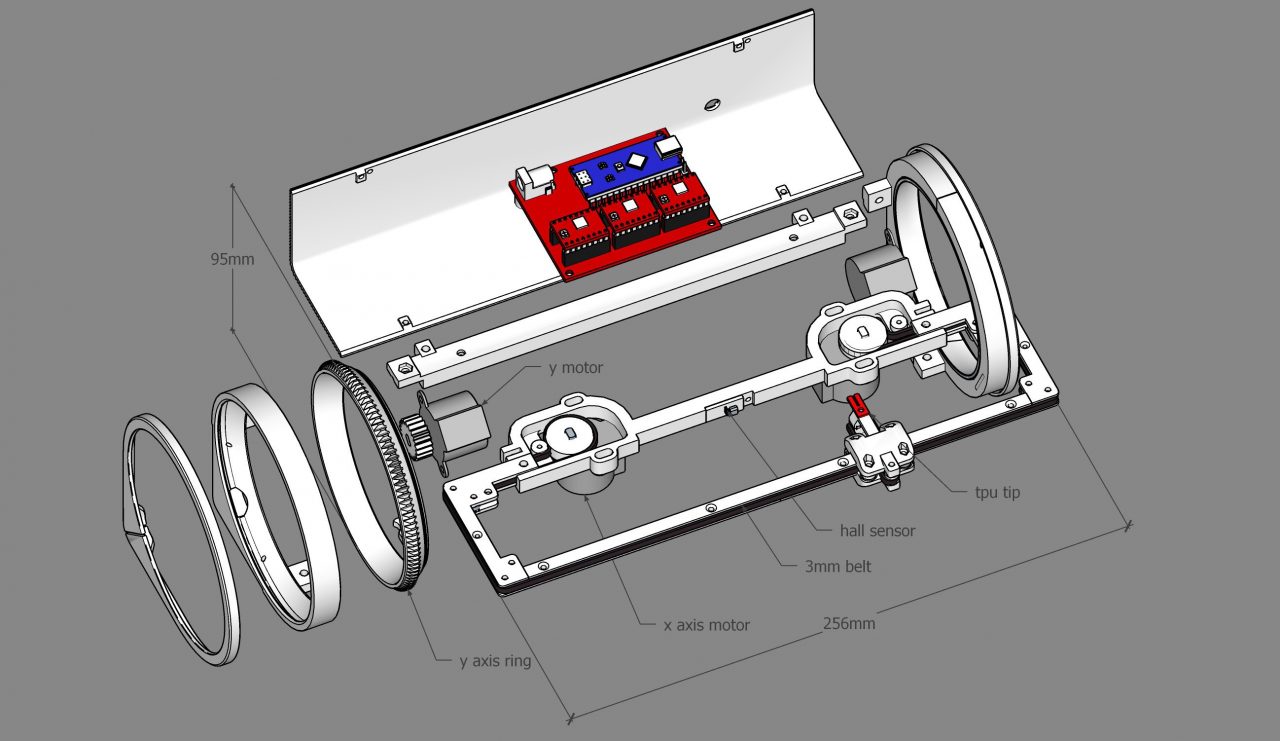