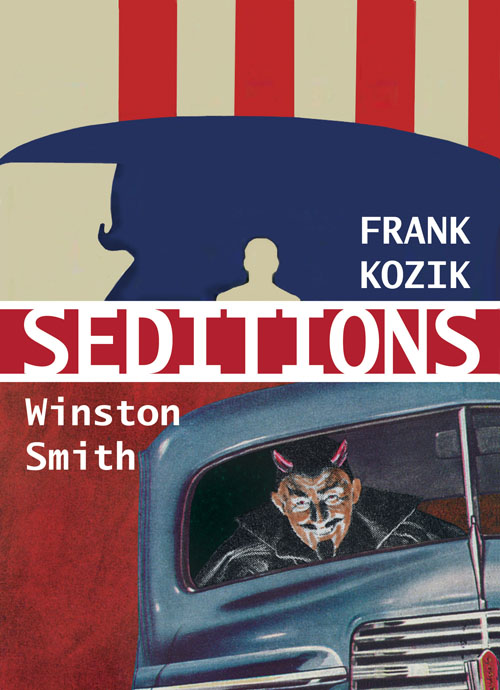 Frank Kozik is an entirely self-taught artist whose artistic career rose largely out of his enthusiasm for Austin’s growing undeground punk rock scene in the early 80’s. He transitioned to silkscreening large colorful concert posters, creating artwork for a diverse array of musicians such as Pearl Jam, The White Stripes, The Beastie Boys, Green Day, Neil Young and Nirvana. He moved to San Francisco in the 1990’s where he started his own music label. In 2001 he transitioned full time to creating fine art, design and art toys. He currently lives and works in San Francisco with his wife, Sharon, and their 4 cats.

Smith first became known (and later beloved) for his collaborations with punk legends Dead Kennedys and his numerous album covers, inserts and flyers for the band in their formative years. His technique of cutting out by hand and gluing each individual element has inspired a generation of artists. He is classically trained in Renaissance art, having left the U.S. in 1969 to study at the Academy of Fine Arts in Florence, where he lived for several years before moving to Rome. Over the last 35 years, Winston has had numerous one-man shows in San Francisco, Los Angeles, New York City, London, Berlin, Antwerp, Rome and Tokyo, as well as group shows through out the United States and Europe. He lives and works in San Francisco.