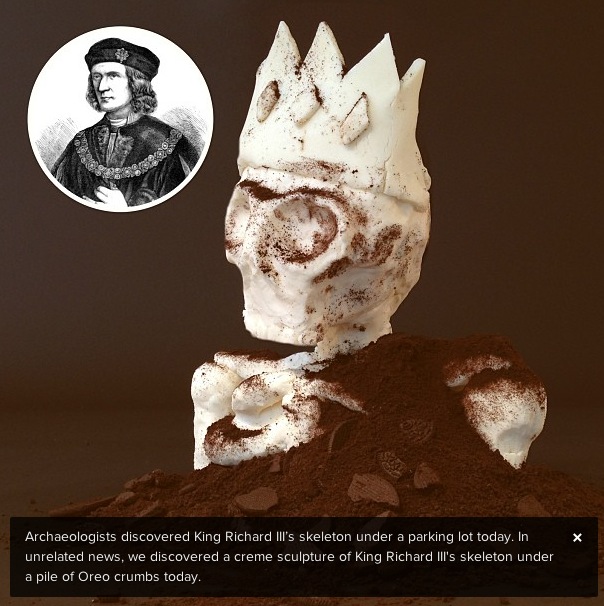 Ad agency Wieden + Kennedy asked illustrator and copywriter Alexander Barrett to participate in Oreo’s Super Bowl instagram experience earlier this year. So for three days, he used Oreo cookies (sometimes using the creme only) into sculptures of photos sent in by fans. He says, “They asked if I was a sculptor. I lied” and furthers, “At no point in those 72 hours did I know what I was doing. And it was a blast.” There are more of his sculptures at Barrett’s site and more Oreo cookie sculptures by other artists at Foodiggity. 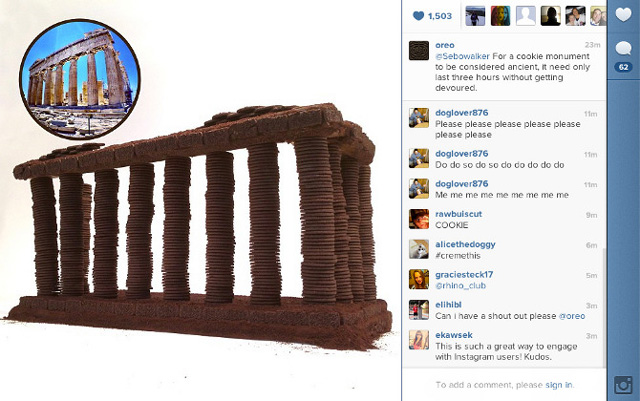 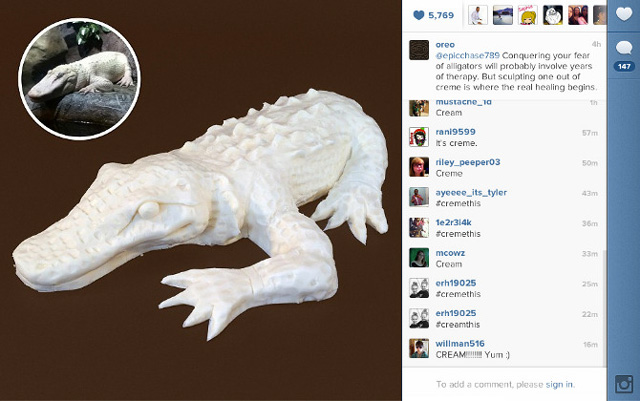 Here’s a look at what some other artists created with Oreo cookies: 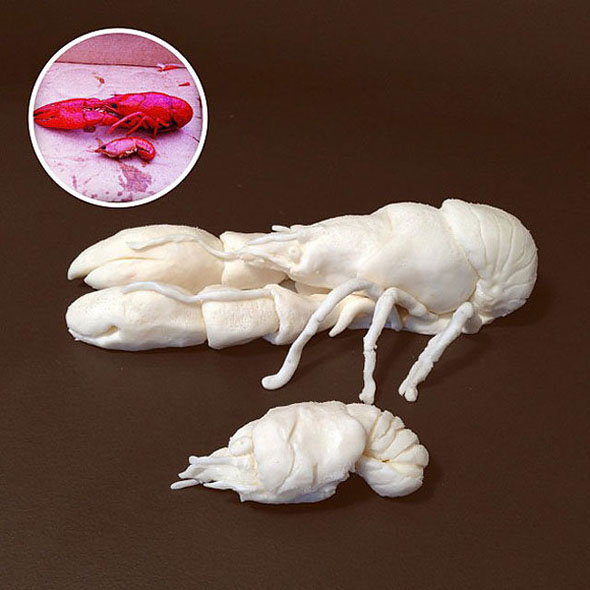 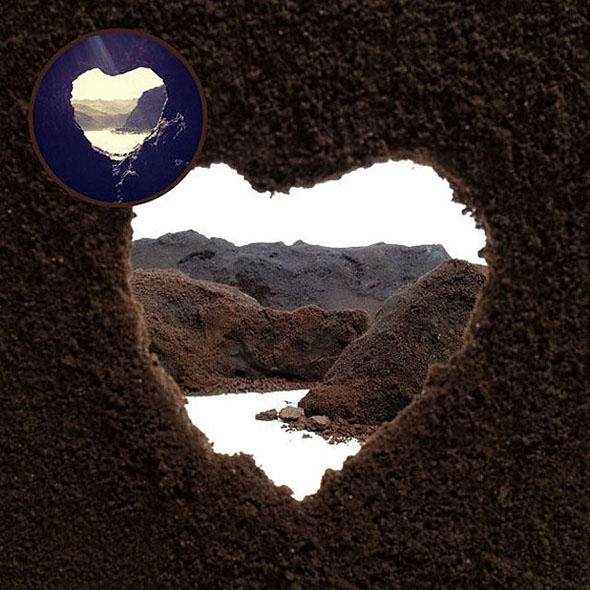 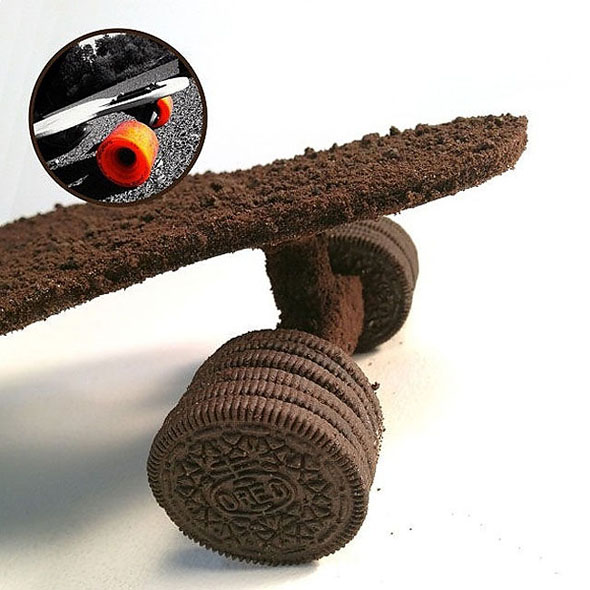