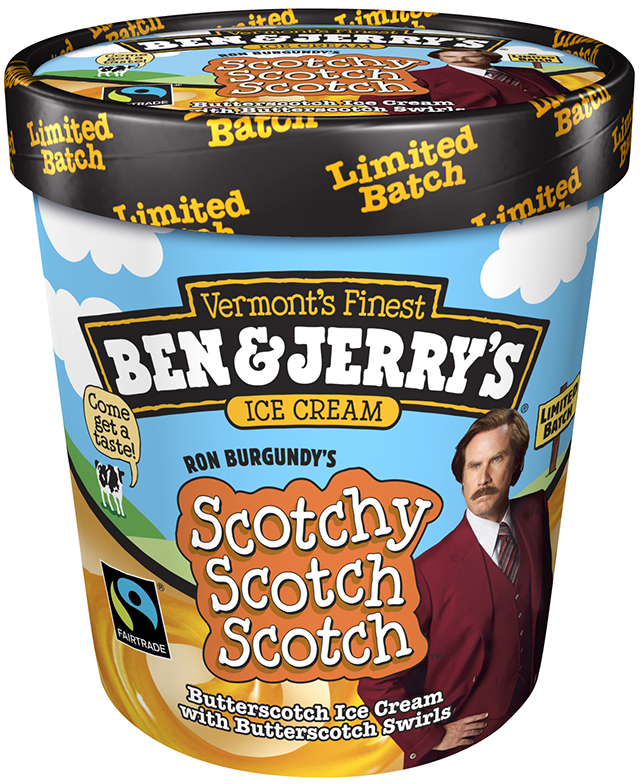 We don’t know how to put this but this flavor is kinda of a big deal. Discovered by the Germans in 1904, they named it “Scotchy Scotch Scotch”. Scholars maintain that the translation was lost hundreds of years ago. Stay Classy, From all of us at Ben & Jerry’s.