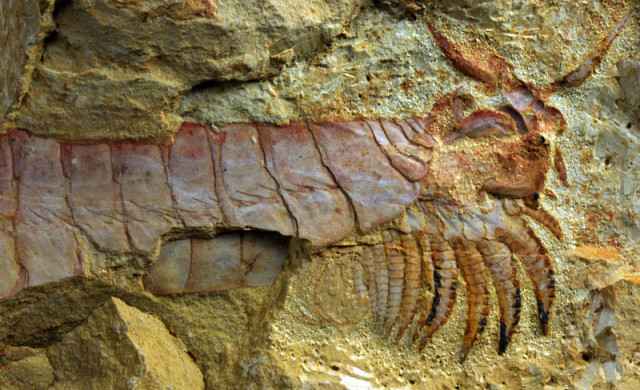 Scientists from the University of Cambridge and Yunnan University have discovered a well-preserved fossil of a 530 million-year-old sea creature, an anthropod called a fuxhianhuiid. The creature had limbs under its head that were likely used to sort and sweep food into its mouth as it crawled across the sea floor, and had the earliest known example of a nervous system that extends past the head. According to the University of Cambridge, these anthropods lived about 50 million years before living creatures ever walked on land.

figure by Yie Jang via Nature