Last year Nick Brewer created a 7′ tall Santa Robot costume that he wore during Santacon NYC. This year launched the “Santas On The Move” project to build an even better Santa Robot outfit and document the process in the form of a short documentary, which will also look at the history of Santacon.

This documentary will focus on how the event originated, and how it became a global event. I have joined thousands of people who have spread good will across New York City for many years now. Everybody comes in costume, everybody is out to have a good time, and I would like to share that with the world this holiday season. We will conduct interviews with past attendees, and investigate what planning goes into the New York City Santacon 2010. 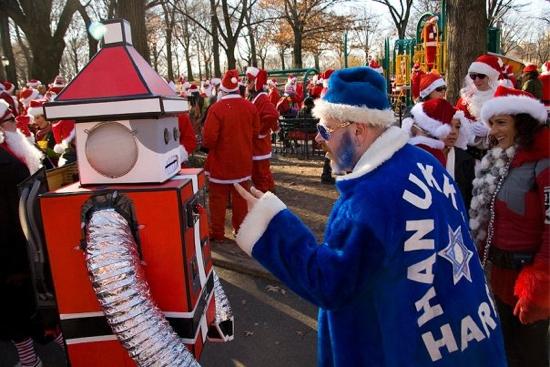 Nick has setup a Kickstarter account to help raise funds for the project.