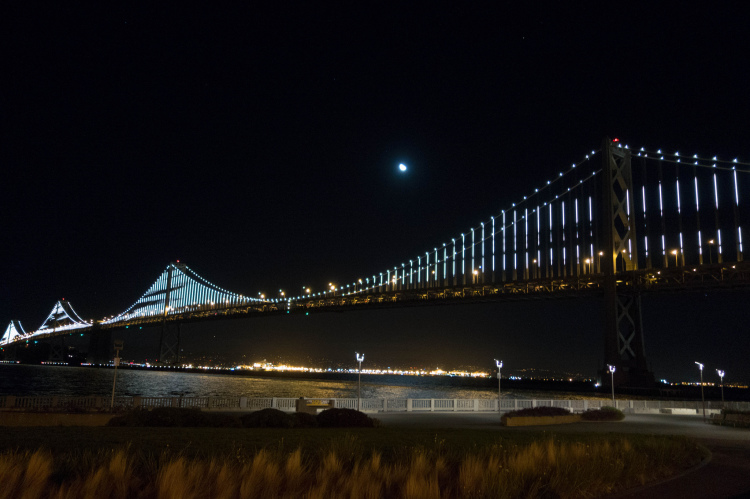 Today Illuminate the Arts, the organization that produced The Bay Lights (previously), a large-scale LED installation by Leo Villareal currently on the San Francisco—Oakland Bay Bridge, announced that it has raised enough money to make the work a permanent installation. The group has raised the $4 million necessary to upgrade and reinstall the work in 2016, after its scheduled removal in 2015 to make way for bridge maintenance. Upon its reinstallation, the State of California has agreed to take ownership of The Bay Lights and provide for its maintenance in future years. It is expected to be on display through 2026 at the least.