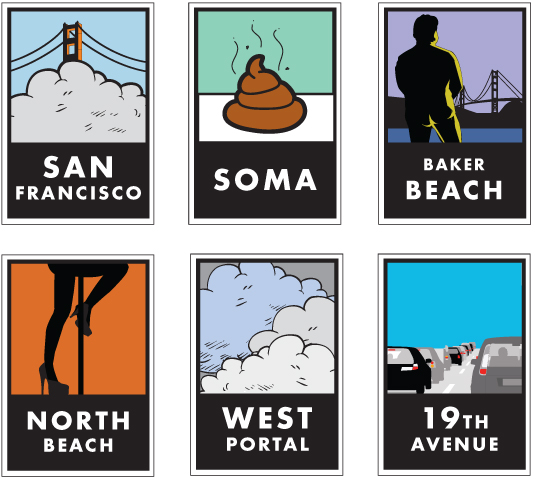 “San Francisco Hoods” is a humorous poster series by art director Irina Blok in which San Francisco and its neighborhoods are represented by some of their less flattering attributes. The series is inspired by the iconic National Parks posters of illustrator Michael Schwab, and the subsequent parody SF neighborhood T-shirt series by Ape Do Good Printing. Blok’s posters will be available on her Cafe Press store later this week.