In 1996 I shot footage of the legendary San Francisco Cacophony Society “Breakers to Bay” event, where people wearing salmon outfits run in the opposite direction during the annual Bay to Breakers race through San Francisco. The salmon enter at the midpoint of the course and then spawn their way upstream. The salmon are mini-celebrities at the race and always get a huge cheer as they go by.

The event was started in 1994 by our good friend Rob Schmidt and is still going strong 25 years later! 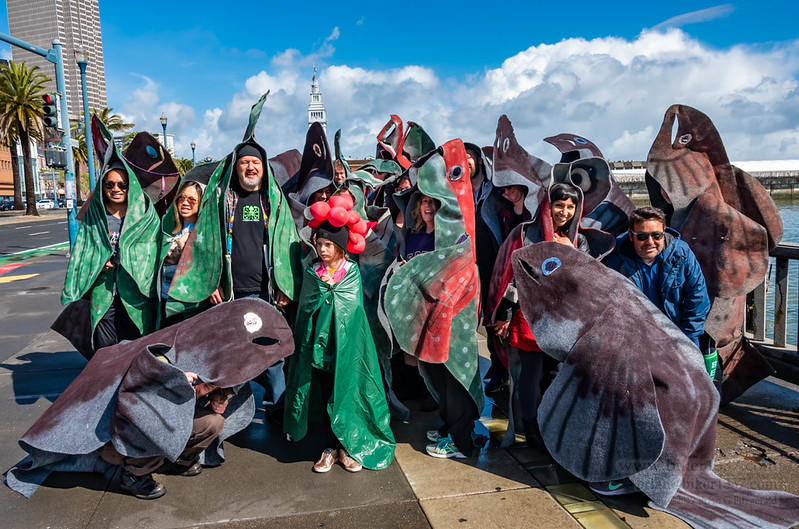 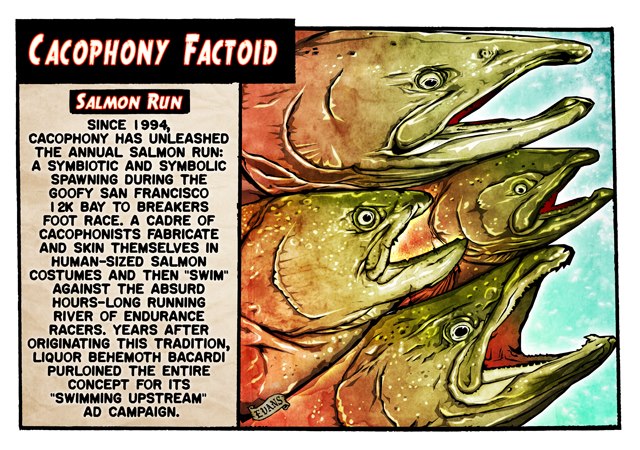