For their third annual Halloween contest at Tony Gwynn Stadium, the San Diego State University baseball team played a scrimmage game while dressed up in costumes.

The Red team defeated the Black team, 5-3, in a four-inning affair. Players in costume ranged from Captain America to a Charger Girl to the Jamaican bobsled team and made it a fun afternoon for all. 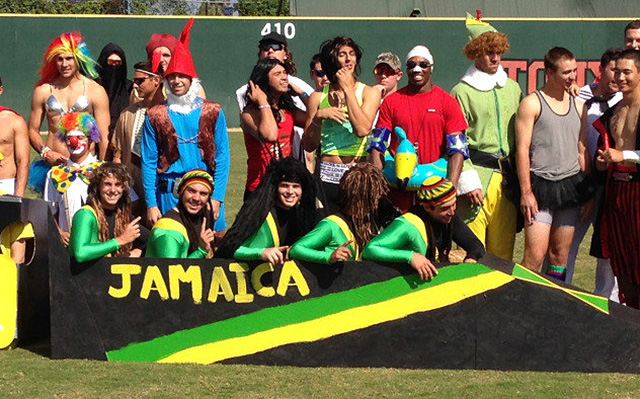