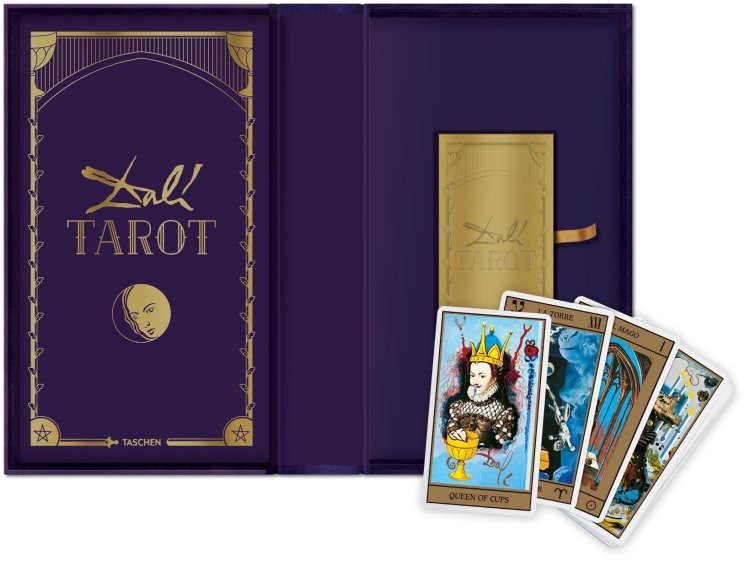 In 1973, artist Salvador Dalí was approached by Eon Productions film producer Albert R. Broccoli to create a deck of Tarot cards for the James Bond film Live and Let Die. The legendary artist set about doing the work, using himself and his beloved wife Gala as models. Unfortunately a significant financial issue arose making Dalí’s work unsuitable for the film, which was replaced with that of an artist who would do the work for far less. Dali nonetheless finished the deck and sold it as a limited release in 1984.

In 2019, publisher Taschen (previously) has breathed new life into this distinct deck with a new limited edition printing of Dalí Tarot, a set of 78 illustrated cards and an explainer booklet inside a custom gold-trimmed box that is available for purchase.

Dalí poses as the Magician, his wife Gala becomes the Empress, and the death of Julius Caesar is reinterpreted as the Ten of Swords in the artist’s extraordinary custom tarot deck. First published in a 1984 limited edition that has since long sold out, this lush box set brings back all 78 cards, each dazzling in color, along with a companion book on the making-of and practical instructions. 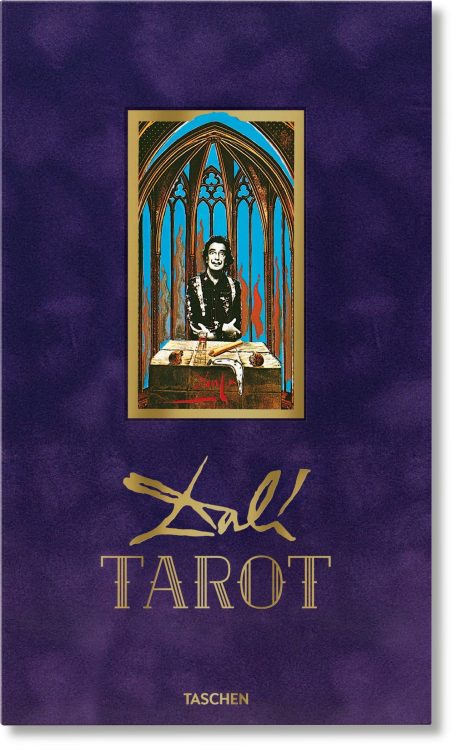 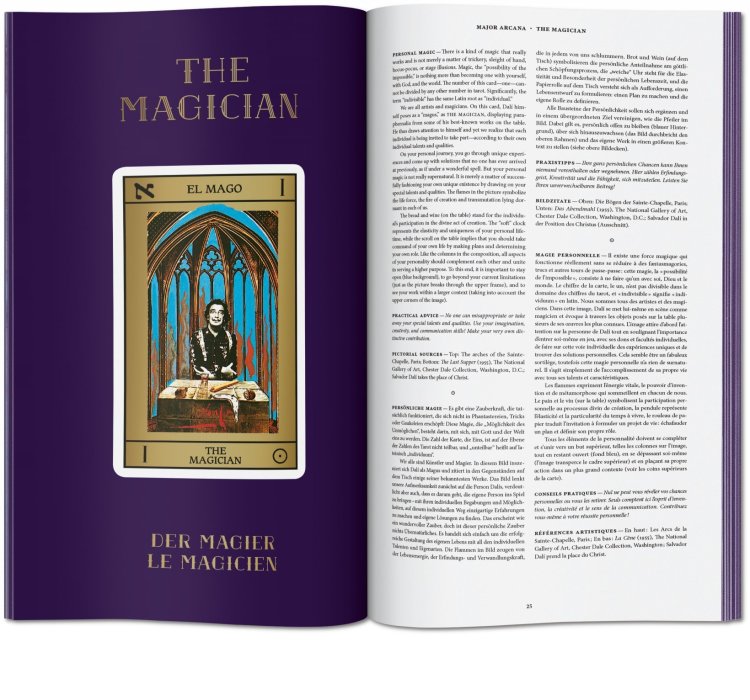 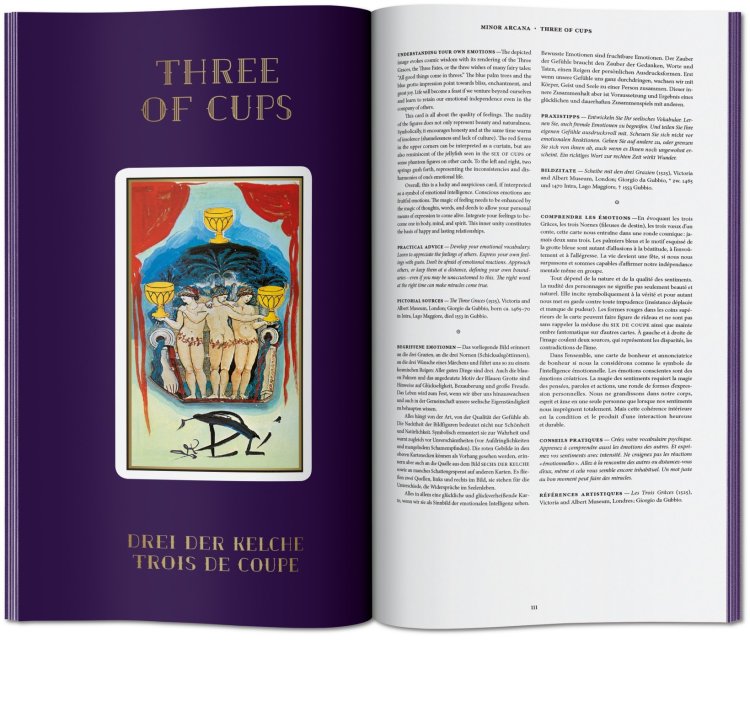 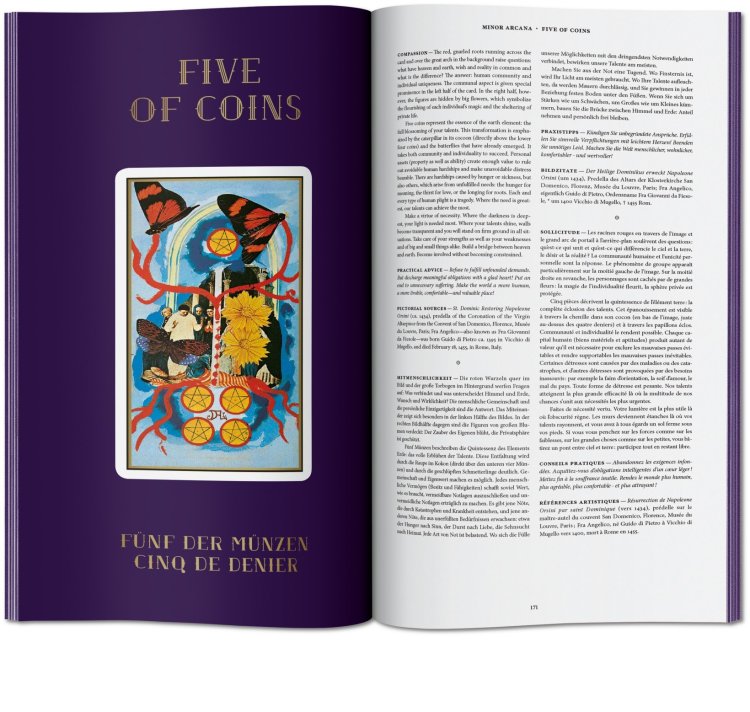 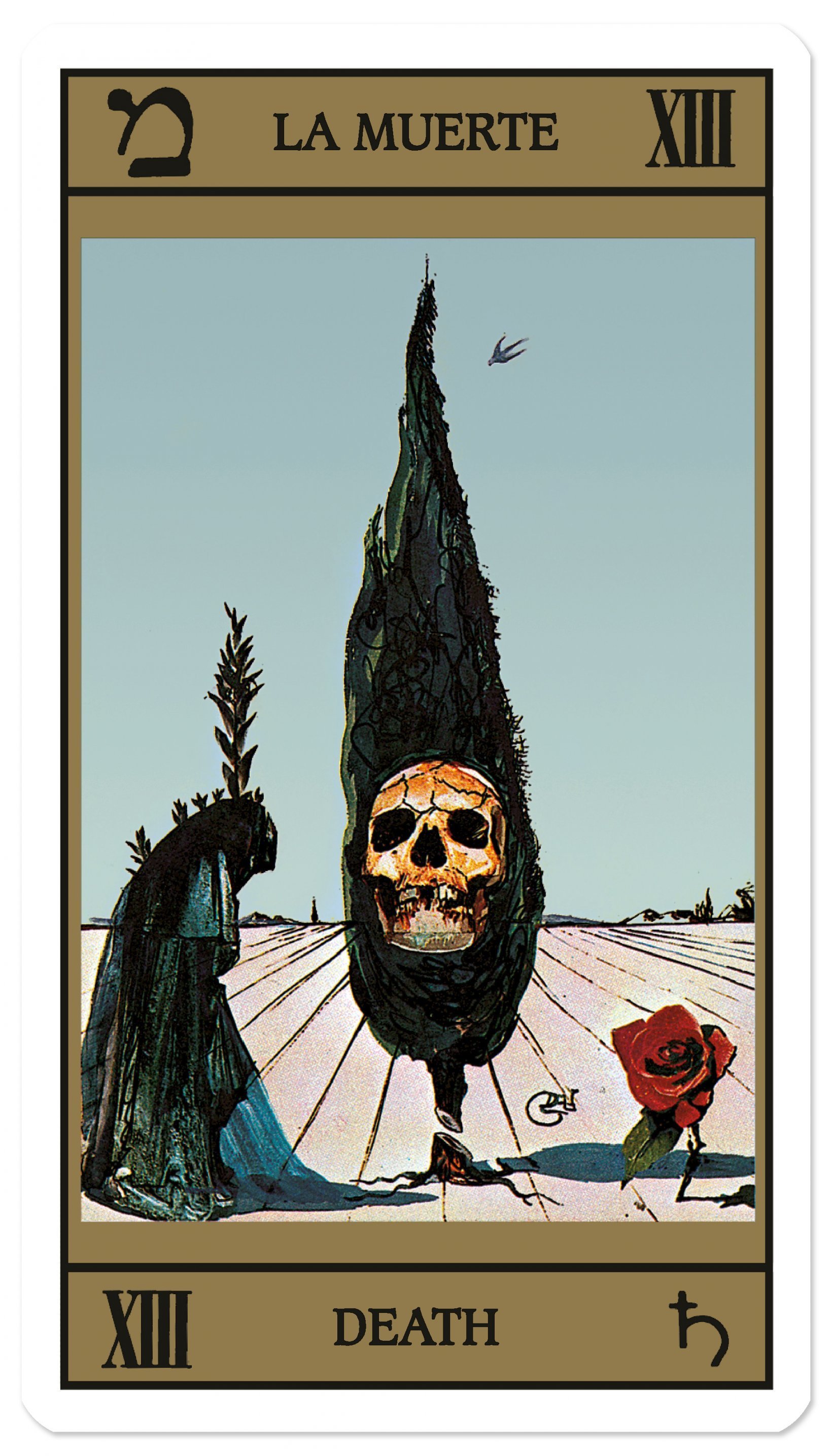 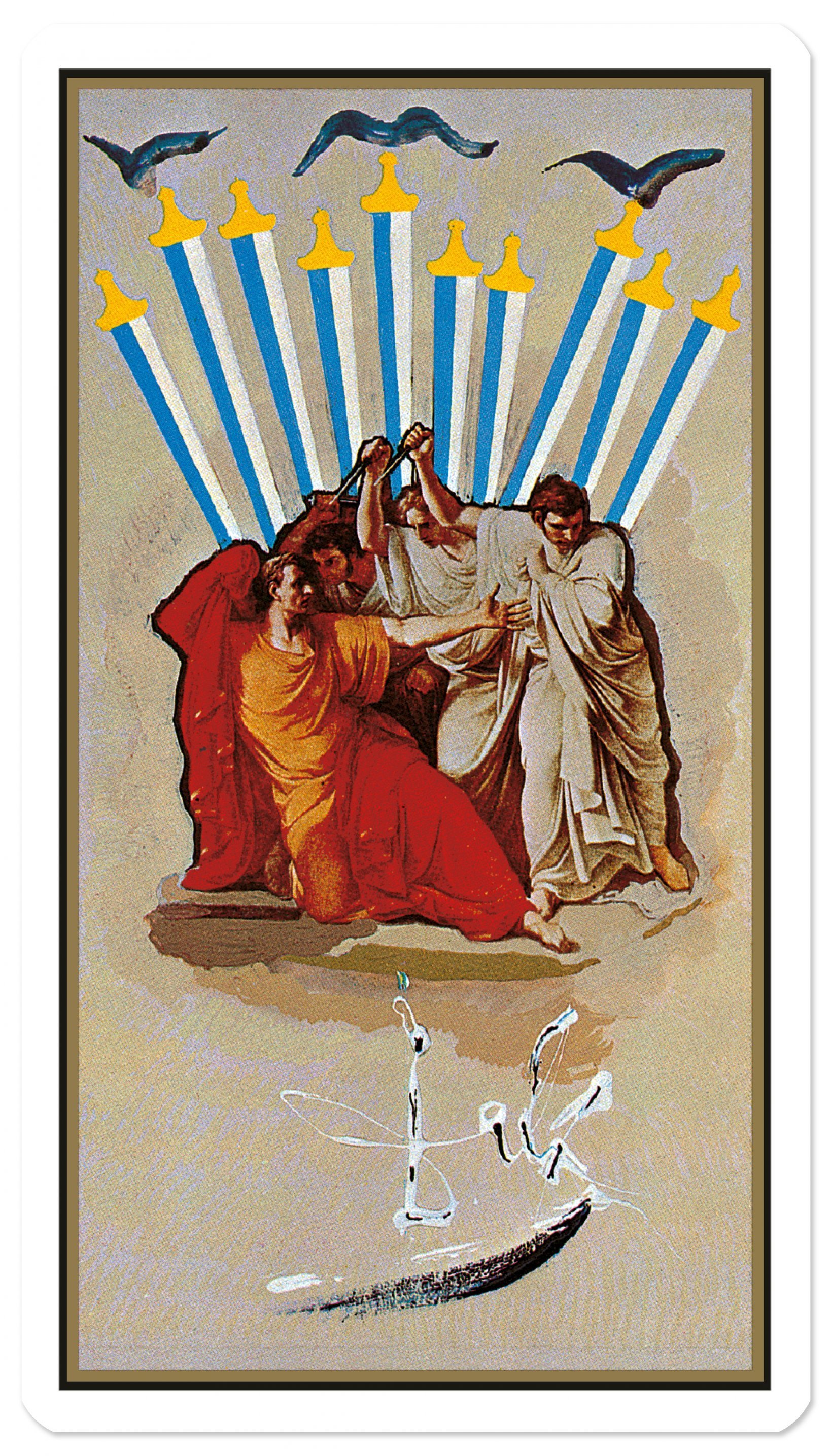 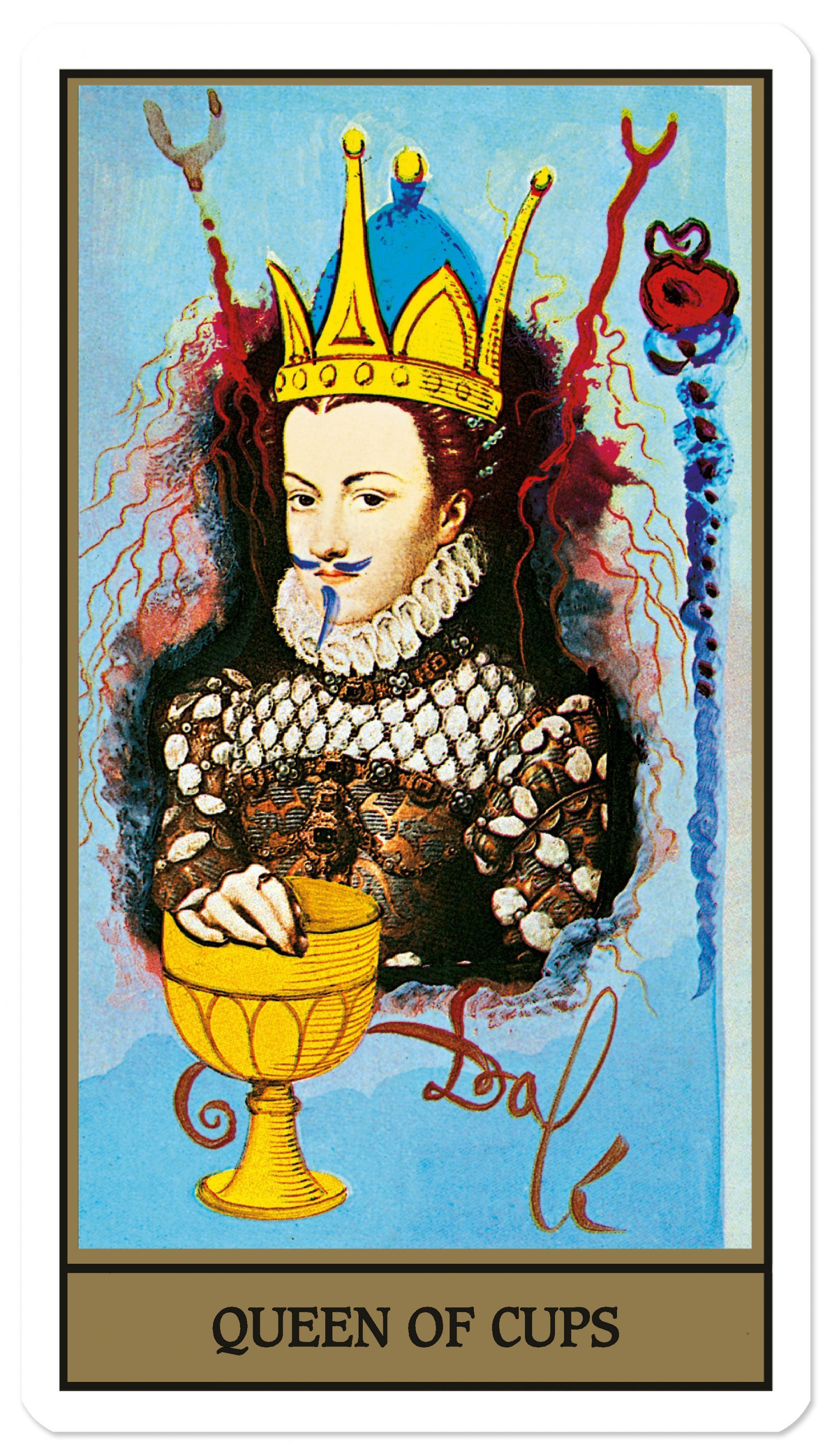 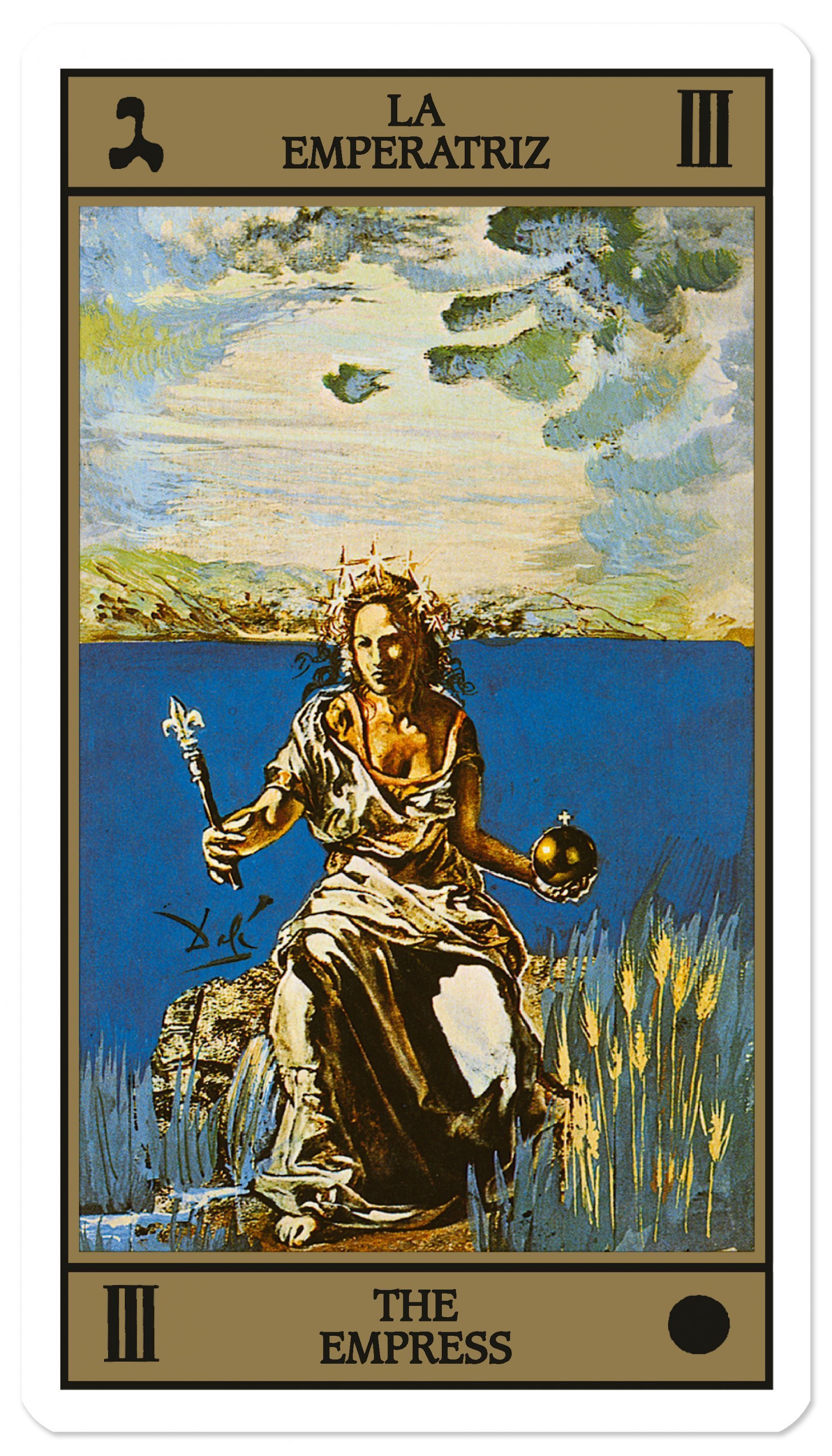 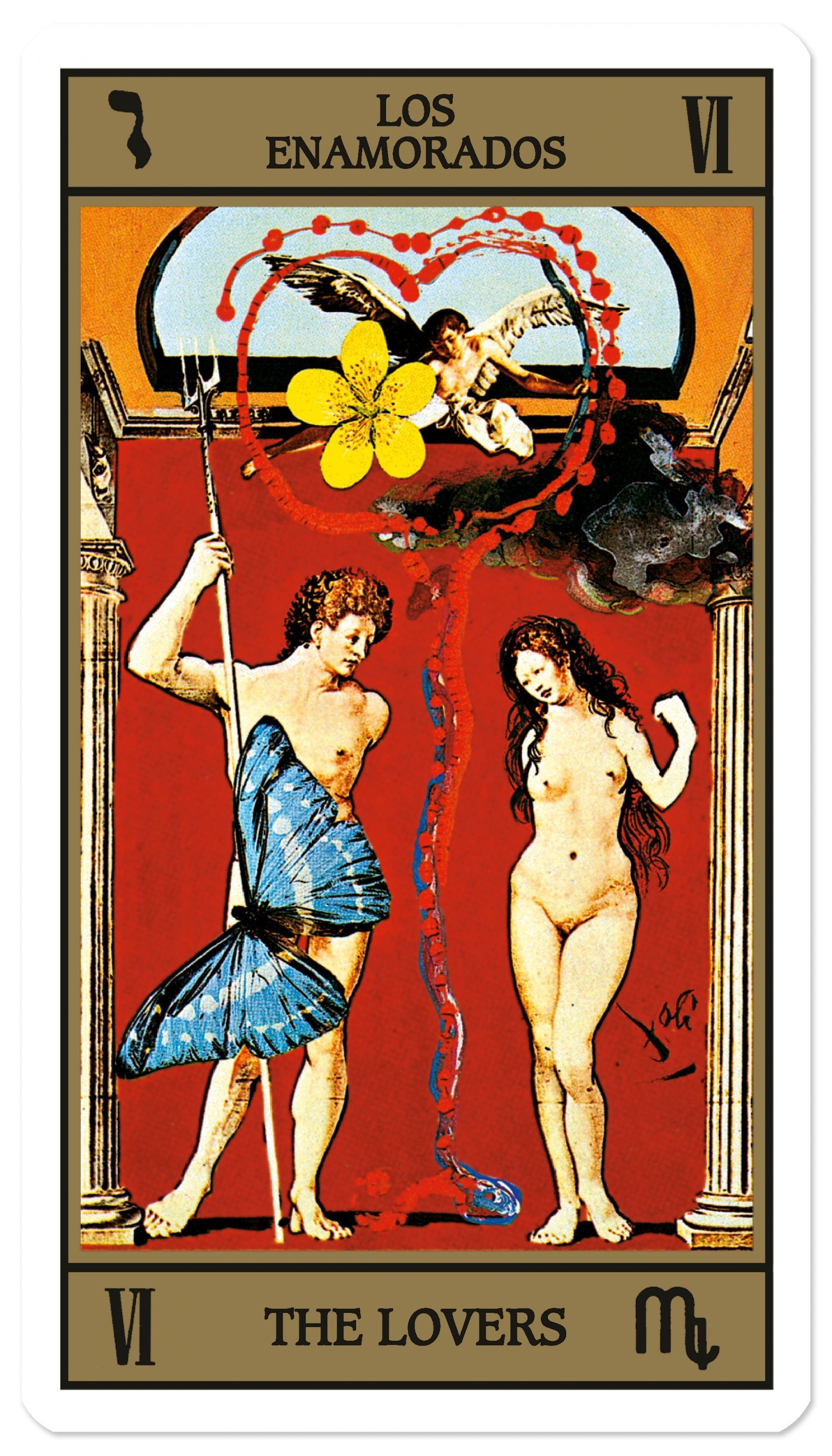 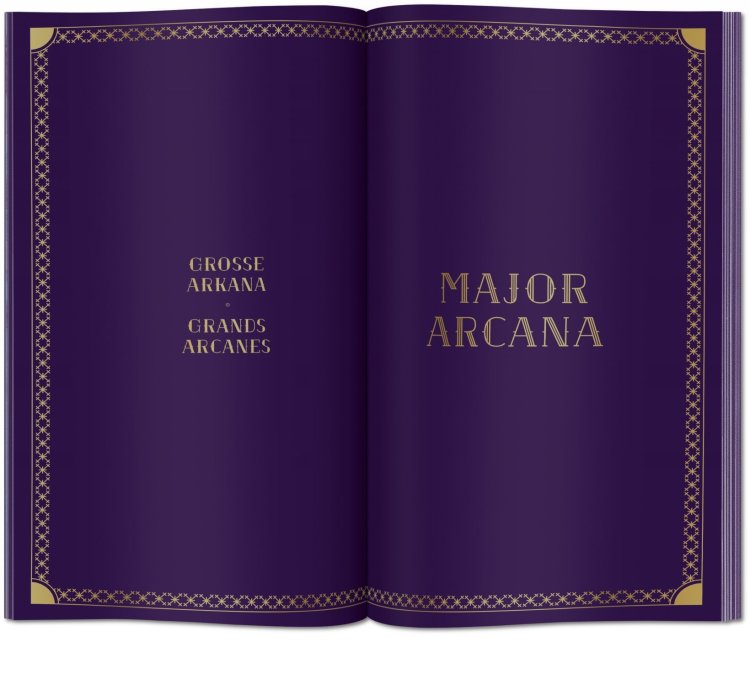 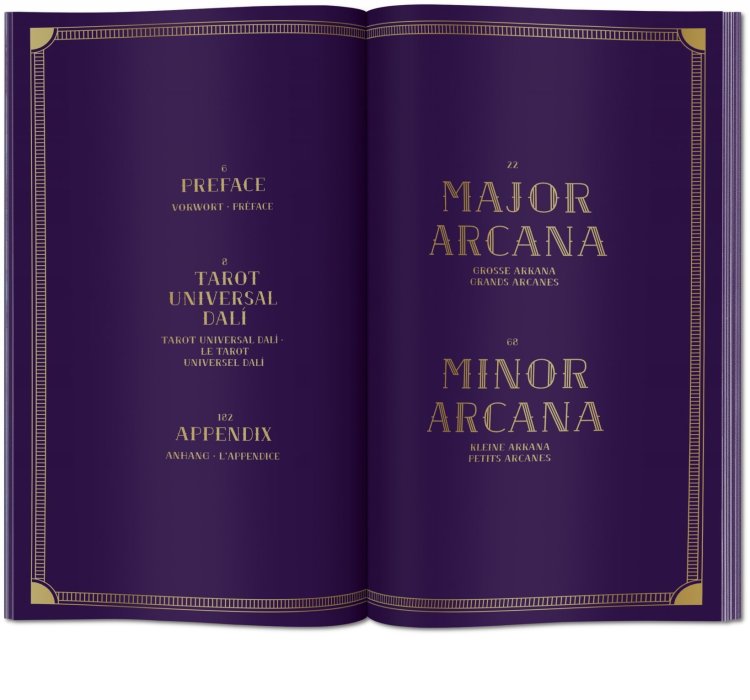