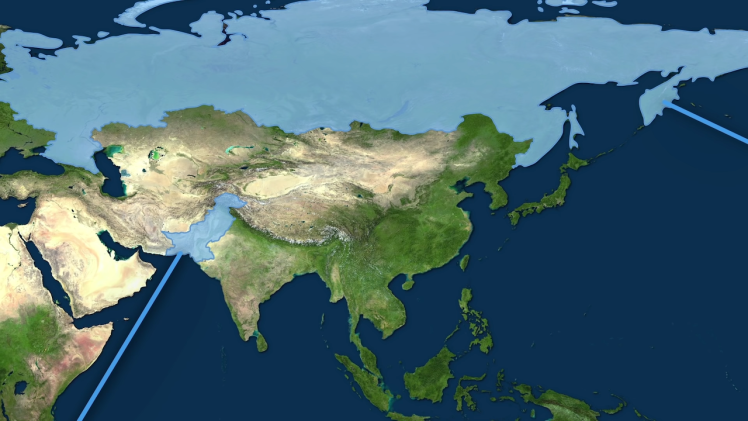 As a follow-up to the fascinating video essay The Longest Walkable Distance on Earth, the geographically knowledgable Joseph Pisenti of RealLifeLore (previously) takes a look at the longest straight line that can be sailed without touching land. While a number of different courses captured Pisenti’s attention, the route that algorithm chose was a straight line voyage from Balochistan, Pakistan to the Kamchatka Krai peninsula in far eastern Russia.

Along the way, said sailor would encounter pirates, monsoons, the high winds of the Drake Passage, the utter isolation of Point Nemo and more threats of winds and pirates. Once past all that, however, the sailor would have covered an enormous path across the Earth’s circumference.

When you finally get to the other side of the line you’ll hit land in the Karaginsky district of the Kamchatka Krai in Russia after sailing across lovely 80% of the entire Earth’s circumference and more importantly achieving something that nobody before in history has ever done. Plenty of people have circumnavigated the globe before, but that’s boring.

The Longest Walkable Distance on Earth