Sacred Destinations and Journeys Along The Way by artist Louis M. Brill is a photo book about lumia, an early form of light projection art that was invented by Thomas Wilfred in the 1920s. Wilfred developed a series of color organs that allowed him to create lumia light shows before live audiences. Only a handful of the color organs still exist. Brill has been creating lumia projections since the 1970s, using projectors of his own design. His photo book is a collection of stills captured from his lumia projections. The abstract images, reminiscent of Rorschach inkblots, are organized into chapters based on the phases of life. Brill is raising funds for the book on Indiegogo.

The narrative of Sacred Destinations, has been organized into a visual record of making your way through life and what you encounter along the way. There are goals (destinations) and the efforts made (journeys) to reach these goals.

The Lumia images form a series of book chapters presenting an interpretive narrative of several phases of passing through life. Images are representative of becoming aware (Creation & Consciousness), journeys (The Road Taken), destinations (Guardians & Gateways), what seen along the way (Creatures)and after life (Passing On). The book’s imagery is a series of photographic metaphors and optical illusions represented by the magical presence of Lumia light, all presented as a visual playground of the mind. 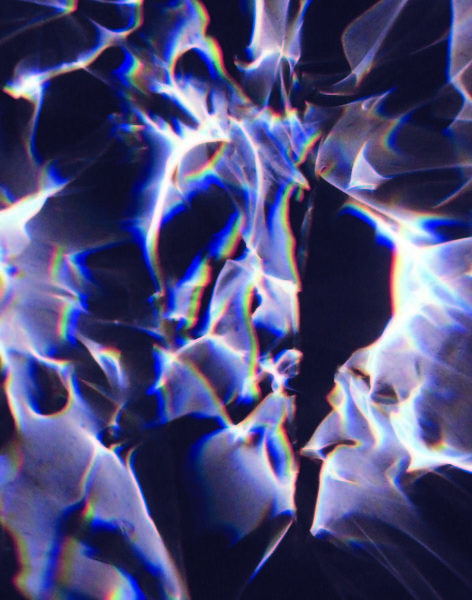 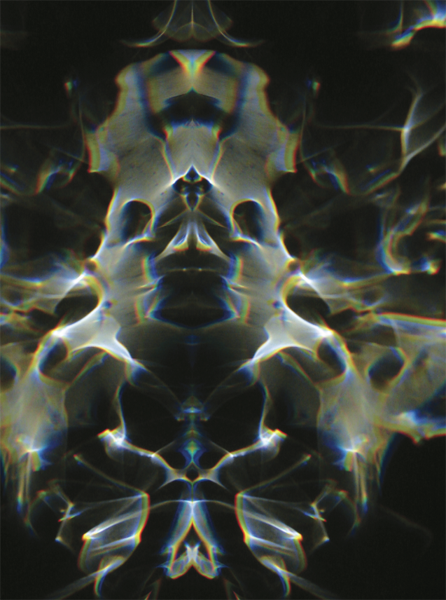