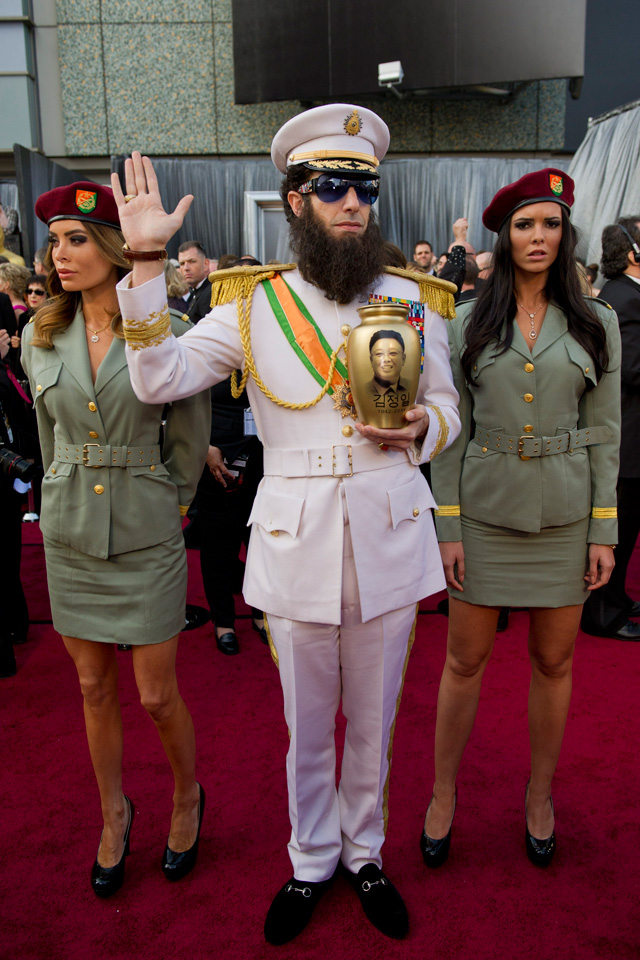 Comedian Sacha Baron Cohen went to the 2012 Academy Awards dressed as Admiral General Aladeen to promote The Dictator, his upcoming film which he plays a Middle Eastern dictator. While being interviewed on the pre-show Red Carpet segment by Ryan Seacrest, he brought the purported ashes of “his friend” in an urn, the late North Korean dictator Kim Jong-il, and then proceeded to spill them all over Seacrest. It seems, initially, he was banned to the event by The Academy of Motion Picture Arts and Sciences but was later invited to attend. The “ashes” are said to actually be powdered pancake mix. 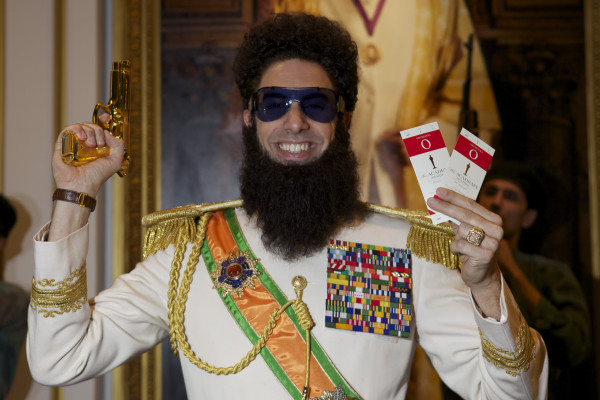 VICTORY IS OURS! Today the Mighty Nation of Wadiya triumphed over the Zionist snakes of Hollywood. Evil and all those who made Satan their protector were vanquished and driven into the Pacific Sea. What I am trying to say here is that the Academy have surrendered and sent over two tickets and a parking pass! TODAY OSCAR, TOMORROW OBAMA!

Here he is earlier last week as Admiral General Aladeen on Today Show talking about being banned:

photo 1 by Heather Ikei / ©A.M.P.A.S. for The Academy of Motion Picture Arts and Sciences