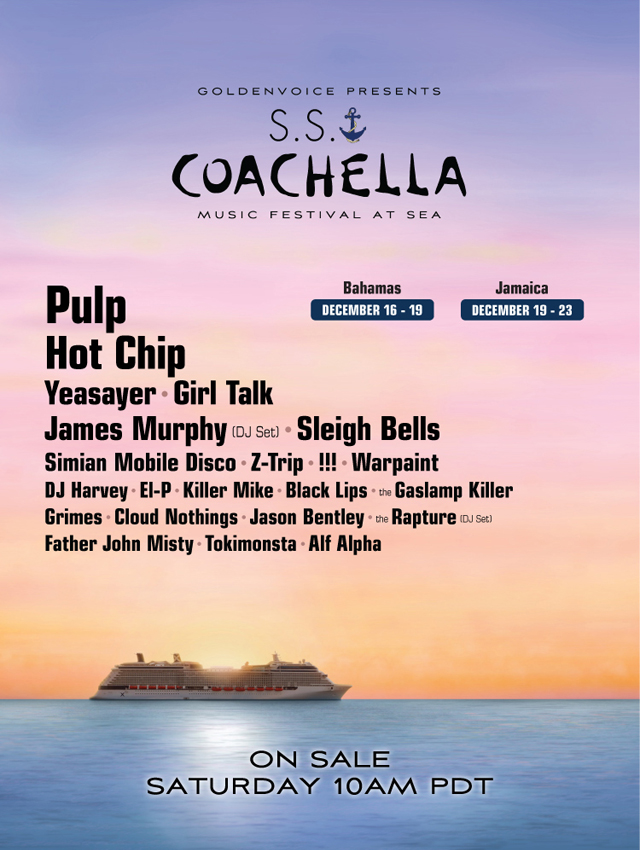 Reservations for the S.S. Coachella will be accepted starting Saturday July 21, 2012 at 10 AM PDT.