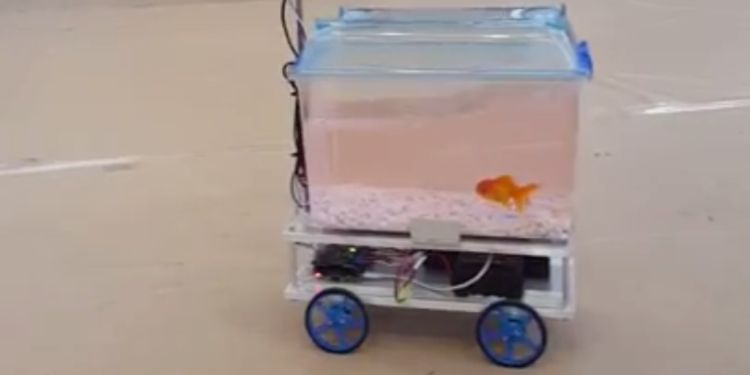 A fish becomes the master of its own destiny inside of a robotic fish tank that it controls. The speed and direction of the robot are determined by the position of the fish relative to the middle of its tank, so it changes as the fish swims around in its tank.

The robot was built by a group of friends for Build18 at Carnegie Mellon University.

Determining Which Instrument Sounds the Saddest

Helpful Hints for Cooking Eggs in a Pan