Louisville tattoo artist Roy Rowlett has created a brilliant interactive Rick and Morty green screen tattoo upon which moving images can be played, such as the animated series itself. 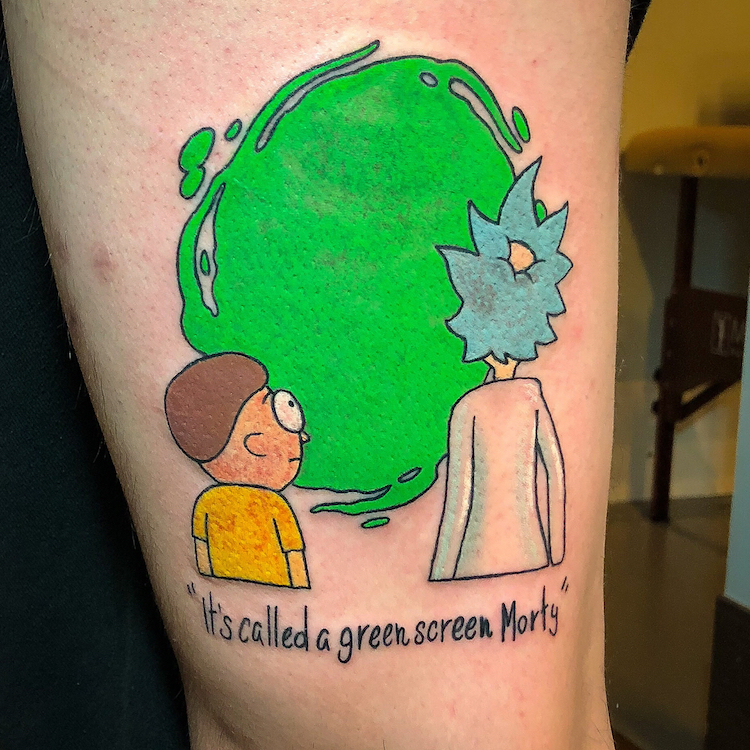 Here’s the aforementioned scene from the “Rickmancing the Stone” episode from season three.