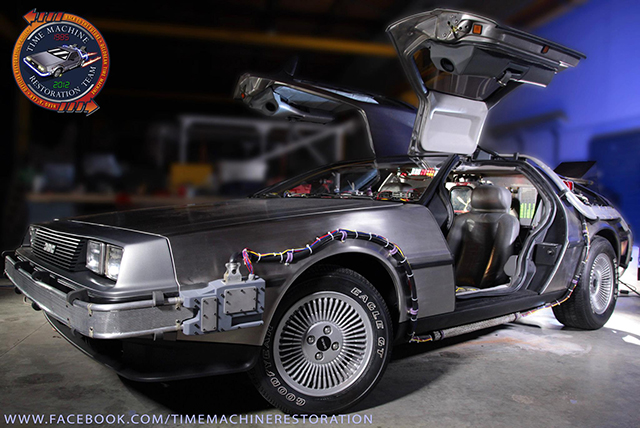 Bob Gale, co-producer and co-writer of the Back to the Future films, took on a project with Universal Studios to fully restore the original “A” Hero DeLorean time machine. A team of about 20 Back to the Future fans and Hollywood professionals worked together to bring the iconic car back to life over the course of one year. The beautiful DeLorean is now on display at The NBCUniversal Experience in Universal Studios Hollywood. You can read more about the restoration process on the Time Machine Restoration Facebook page and BTTF.com.

On September 8, 2011, Nike unveiled a limited-edition replica of the Air Mag shoes as seen in ‘Back to the Future Part II‘ to be sold in a charity auction for the Michael J. Fox Foundation. As part of the promotion, Nike hired Christopher Lloyd to reprise his role as ‘Doc Brown‘ and filmed a new short film with a new replica DeLorean time machine. Executive producer Frank Marshall helmed the direction of the new film, which Nike premiered on both coasts in order to unveil the new shoes. As part of the grand event on the west coast, the original “A” car was brought out and parked next to the courthouse set from ‘Back to the Future.’ Sources close to the restoration claim that it was at this very moment which allowed the restoration to be approved and move forward. 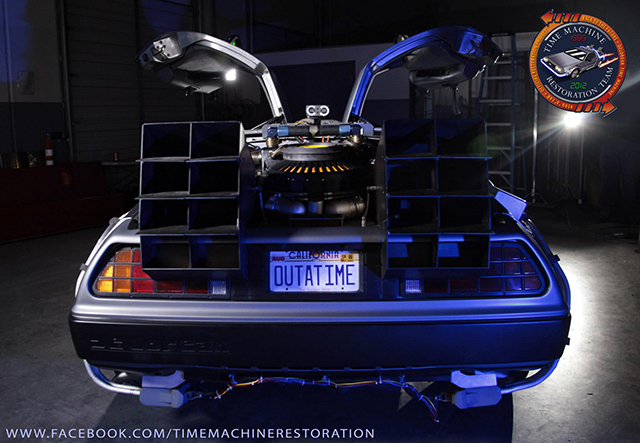 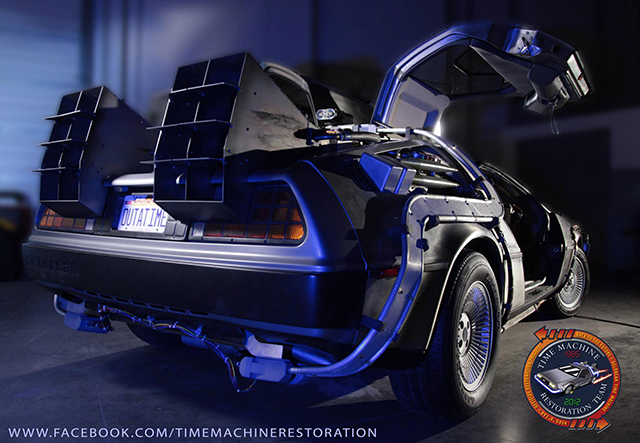 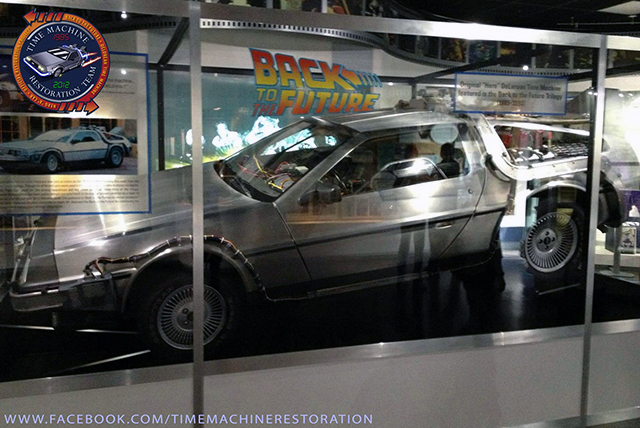 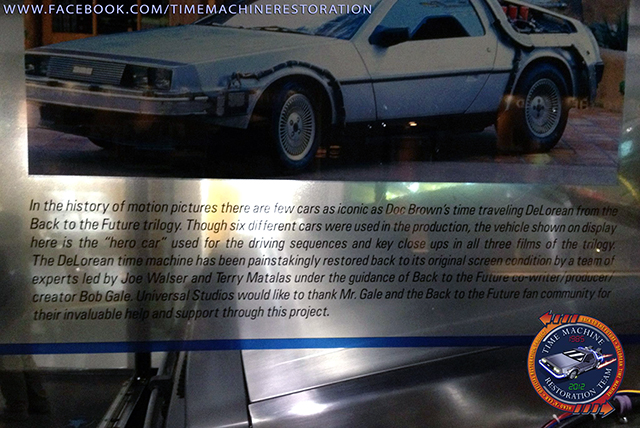