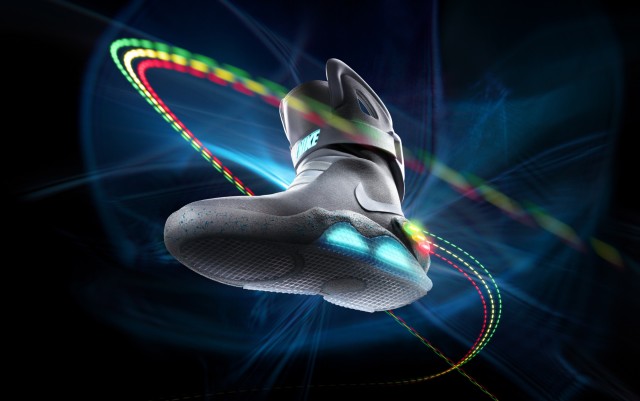 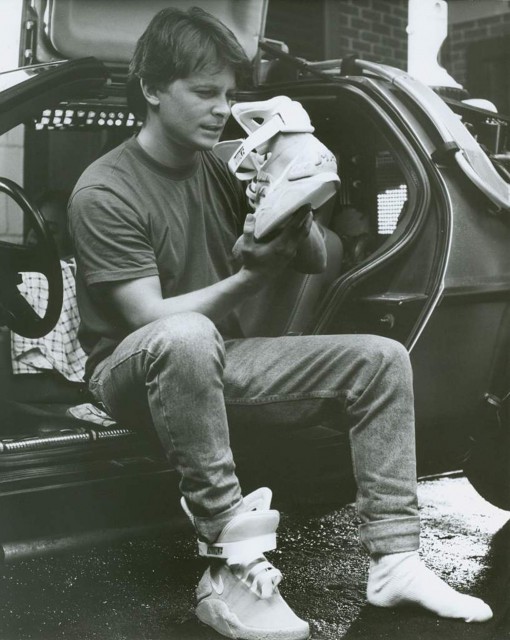 Nike is auctioning 1500 pairs of limited edition Nike MAGs, the 80s-futuristic sneakers worn by Marty McFly (Michael J. Fox) in Back to the Future II, to raise money for the Michael J. Fox Foundation for Parkinson Research. Unfortunately, because the shoes are movie prop replicas, they do not have power laces.

The NIKE MAG is no longer the “greatest shoe never made.” The mythical shoe that originally captured the imagination of audiences in Back to the Future II is being released – and they’re here to help create a future without Parkinson’s disease.

The charity auction is currently underway on eBay, with the bids in the $4000 range. The auction ends September 18.