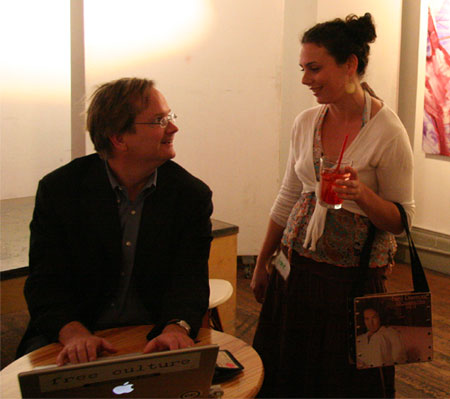 Irene McGee, who’s famous for walking off the set of MTV’s Real World Seattle and who now tours the country speaking to students about corporate media, has just launched a campaign to come up with a hip new name for Lawrence Lessig. She had the idea recently while doing a podcast interview with Larry. She’s now taking votes on her blog.

My contribution was “LL CC”. Some other names that have been suggested so far are “Lsquared” or “L²”, “Double L” and “IP Freely”.