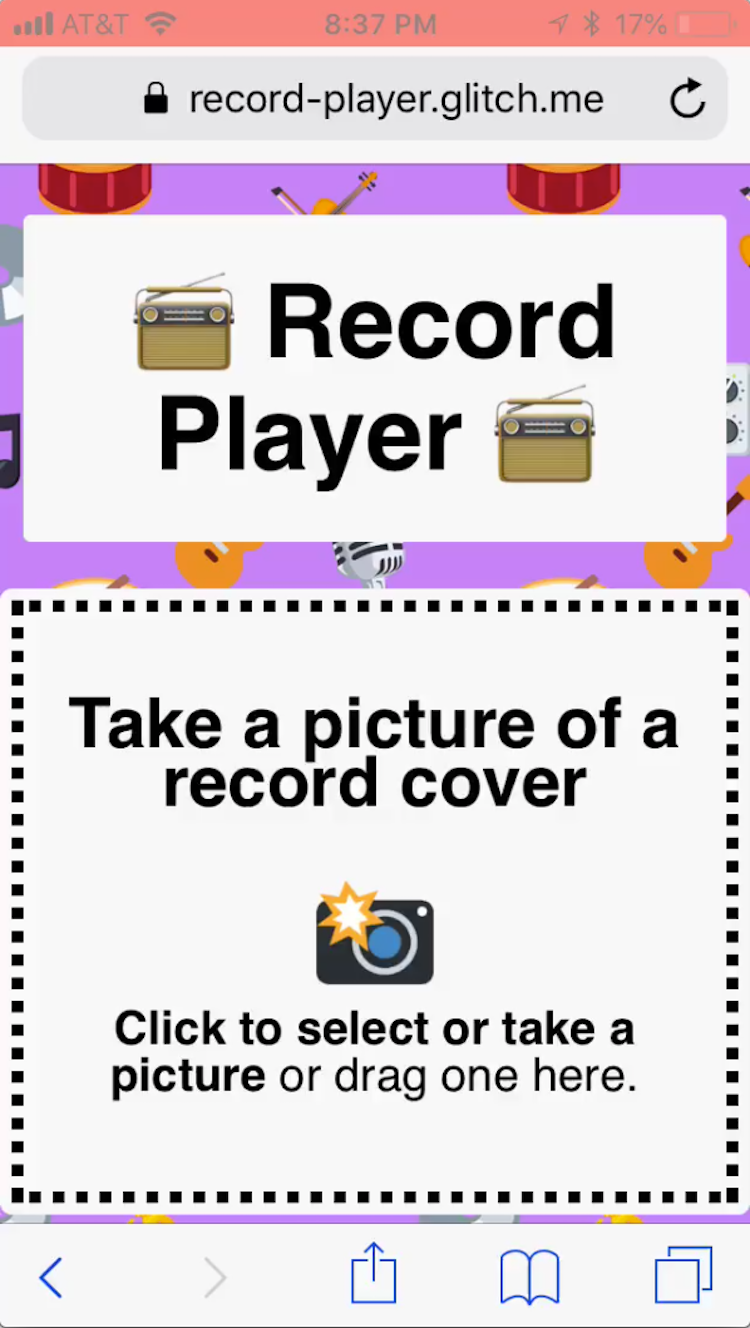 New York developer Patrick Weaver has created “Record Player” a really amazing interface that can read photos of album covers using the Google Cloud Vision API, which will then search Spotify to find the appropriate match and give the user and option to play the album.

After logging into Spotify, upload an image. The image will be sent to the Google Vision API, which will guess what it is. The app will then search Spotify using Google’s guess, and give you the first result to play.

Newest experiment made with @glitch, @Spotify and @googlecloud, a record player with computer vision: https://t.co/fhQsEruCoF pic.twitter.com/z54s9GIbYc

I tried it with Led Zeppelin IV and Record Player got it on first try. Same for the Jackson Browne album Late For the Sky. While it correctly identified Tom Waits, had a bit of trouble with the specificity of Rain Dogs. 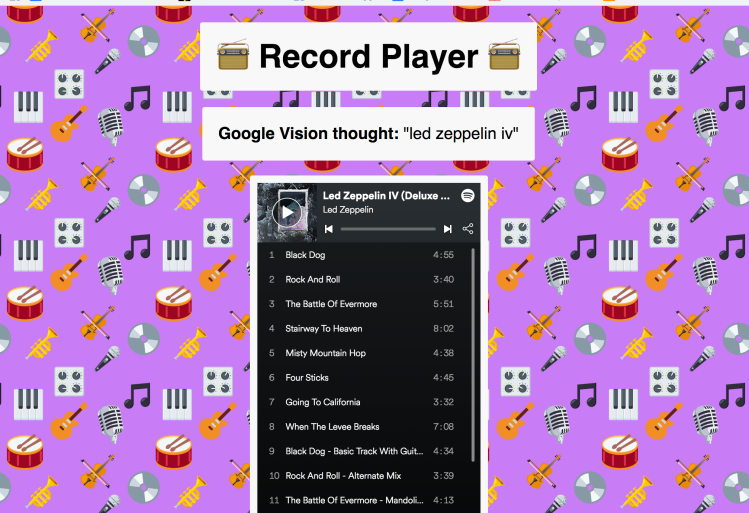 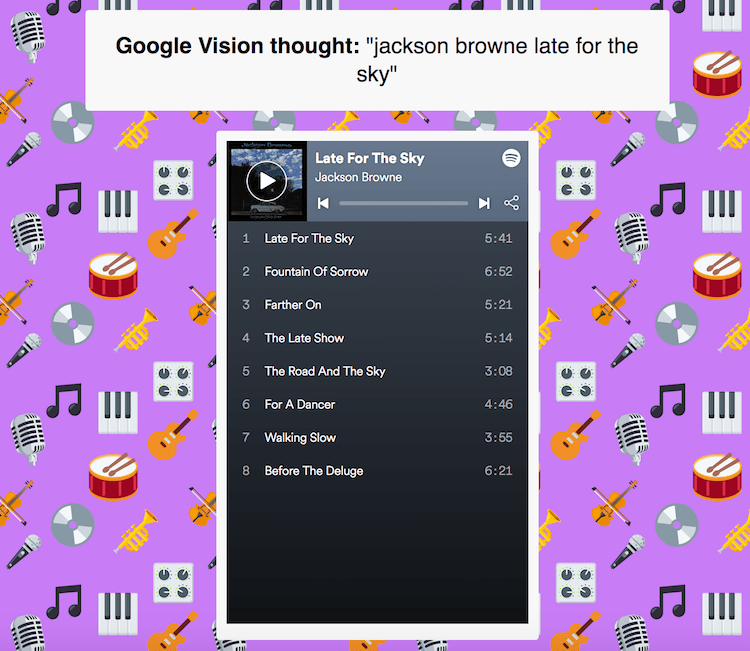 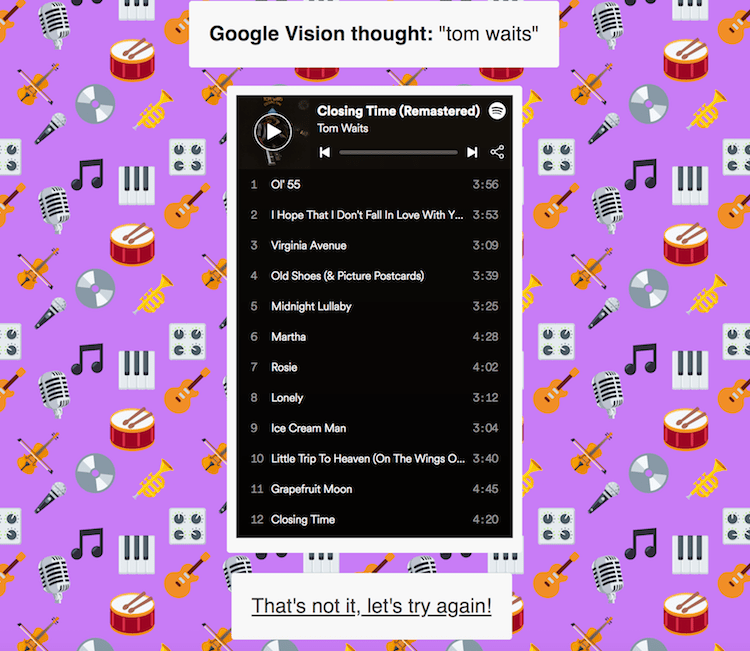