Real-life superhero Phoenix Jones (leader of the Rain City Superhero Movement) talks about how he goes about trying to keep the streets of Seattle safe in this mini-documentary by The Avant/Garde Diaries, an online interview magazine and global event series.

Jones is no cop, but ever since his small son was injured in a carjacking, the real-life superhero has been taking police matters into his own hands. In that incident, neither bystanders – busy shooting Youtube videos on their smartphones – nor the police prevented the incident or helped afterwards. It was experience he never forgot. The mixed martial arts fighter soon ordered a Batman suit over the Internet, applied some gold paint, and his nighttime alter ego “The Guardian of Seattle” was born. Although Jones and his fellow team members of the “Rain City Superhero Movement” have prevented countless fights, robberies, sexual assaults, drug deals, vandalism, and even a terrorist attack, the local police remain skeptical. 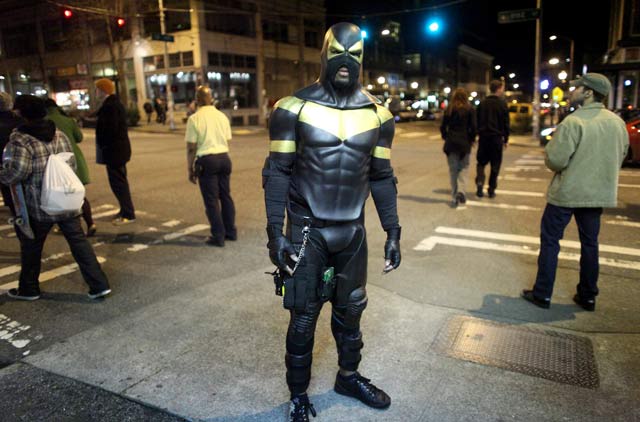 video via The Avant/Garde Diaries, image via The Seattle Post-Intelligencer