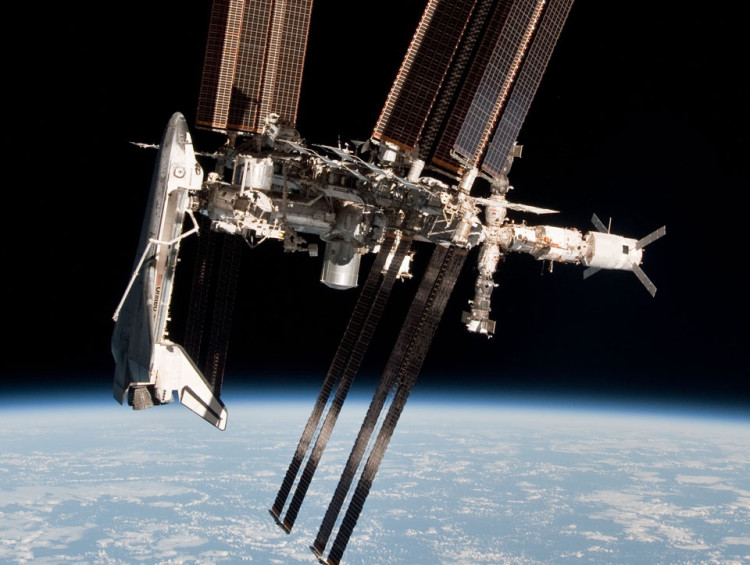 Space Shuttle Endeavor’s last trip to the International Space Station in May, 2011 afforded a rare opportunity for a photograph of the two together. Typically, photos of the space shuttle in space were taken from the ISS and photos of the ISS were taken from the space shuttle, but during Endeavor’s last trip a departing Soyuz TMA-20 supply ship was able to capture this image of the shuttle and station docked together.