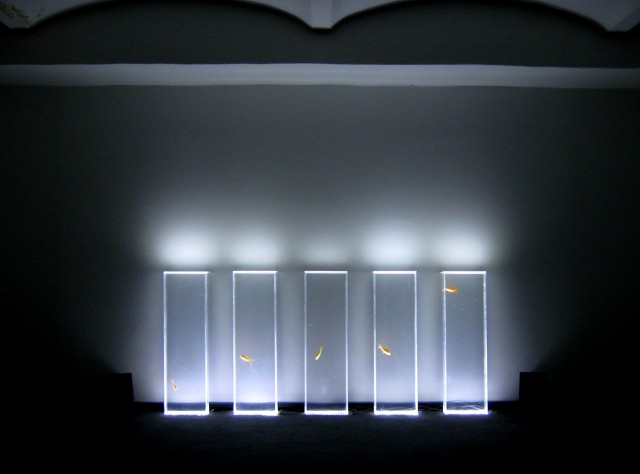 “Quintetto” is a brilliant musical installation that translates the movements of five aquarium fish into music. The effect is achieved by capturing the motion of the fish on camera and translating those motions via software into commands that control five channels of sound. “Quintetto” was created in 2009 by the Italian art collective Quiet Ensemble.

“Quintetto” is an installation based on the study of casual movement of objects or living creatures used as input for the production of sounds. The basic concept is to reveal what we call “invisible concerts” of everyday life.?The vertical movements of the 5 fishes in the acquariums is captured by a videocamera, that translates (through a computer software) their movements in digital sound signals.?We’ll have 5 different musical instruments creating a totally unexpected live concert.