Programmer Keegan McAllister created this hypnotic animation of a quasicrystal that reveals intriguing patterns if you blink while viewing it. Also known as a quasiperiodic crystal, a quasicrystal is a structure (or in this case, a pattern) that is ordered but not repeating. Quasicrystals were identified in 1982 by scientist Dan Shechtman, a discovery for which he received the 2011 Nobel Prize in Chemistry. 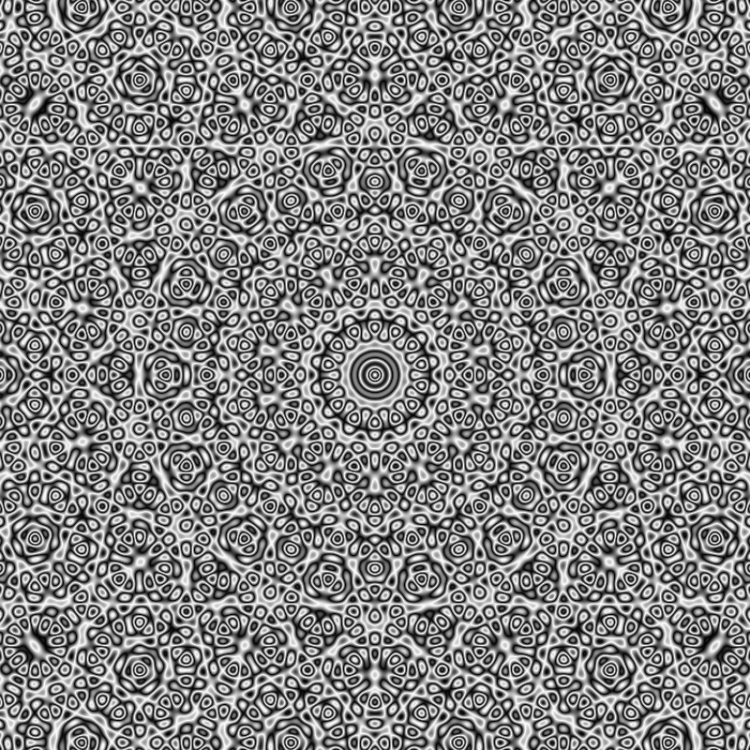