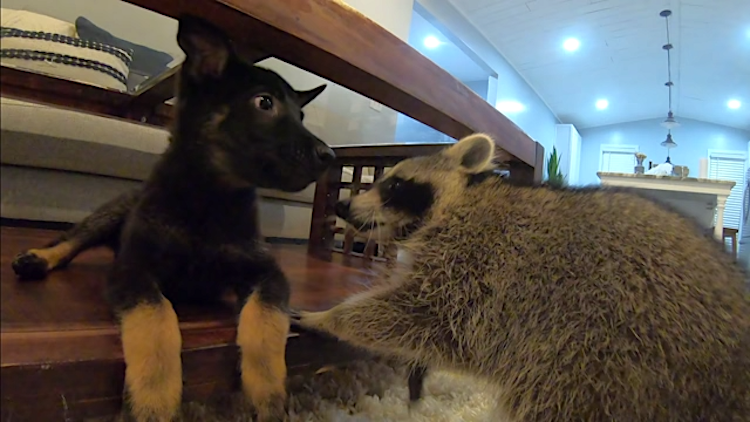 Cheeto, the adorable rescued raccoon who was adopted by Tito the Raccoon’s dedicated humans in June 2019, was introduced to the family’s new German shepherd puppy Luna. At first Luna proved too lively for the reticent raccoon, who was just looking to hide from the barking creature.

Unfortunately for Cheeto, the resident cats were none to happy about him coming near them, so he was left to his own devices. Eventually, Luna stopped barking and Cheeto came out of his shell. Before long the two were happily tackling each other and chasing each other around the living room.

Luna the German Shepherd dog meets Cheeto the raccoon for the first time. At first luna was apprehensive of a new critter, but look how well they get along in the end! The cats weren’t quite as fond of the raccoon.