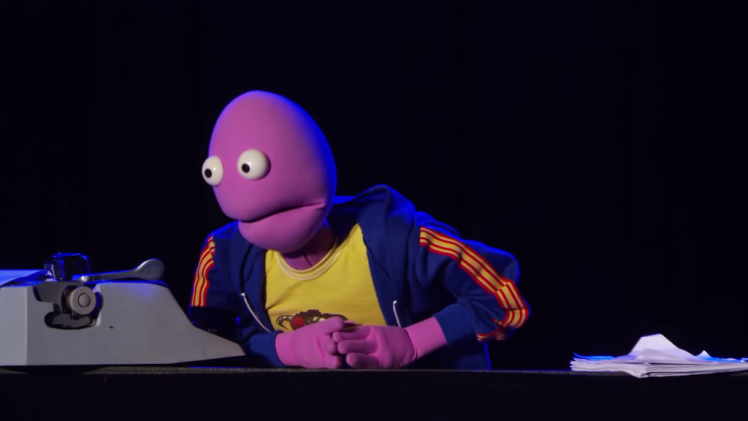 During the Melbourne Fringe Festival in 2015, a purple puppet named Randy Feltface sat at a desk on a dark stage with only a typewriter at his side and proceeded to tell the life story of Ernest Hemingway in just three and a half minutes. Feltface recounted each of Hemingway’s trials and tribulations, each of which served to cement the writer’s legacy as a tortured legend.

The life and times of Ernest Miller Hemingway in 3 and a half minutes. Excerpt from Randy Writes a Novel (Draft One), filmed in 2015 by Stupid Old Studios during the Melbourne Fringe Festival.

Feltface also verbally extolled the virtues of having a typewriter on stage during the same performance.