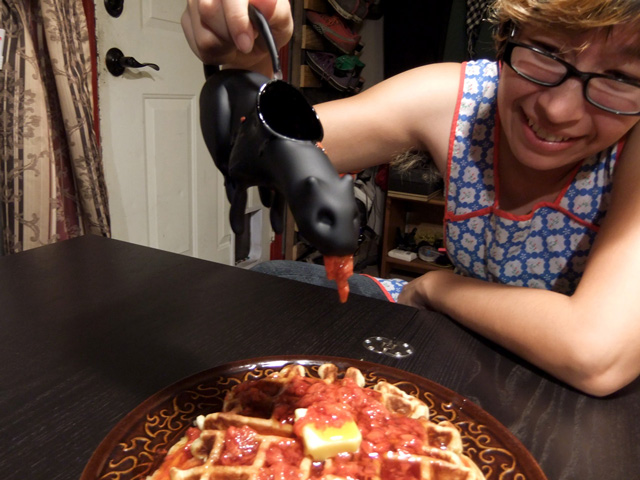 Fine glass artist GingerELA was inspired by our post, Barfing Squirrel Gravy Boat, to make an awesome one for herself. Instead of a squirrel though, she made a black cat (we assume it’s fashioned after her own kitty, Mr. B). She calls her piece the “Puking Kitty Gravy Boat” and it’s marvelous.

It’s a cat. It’s a gravy boat. It’s puking. It’s the first thing I’ve made for myself and I LOVE IT. Inspired by the barfing squirrel gravy boat posted on Laughing Squid, I just had to make my own. 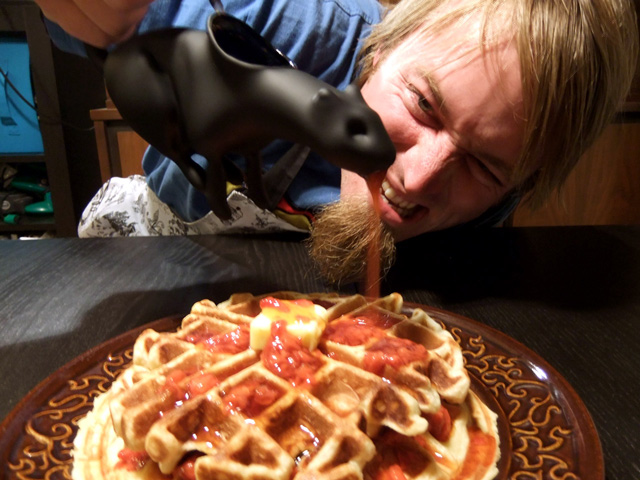 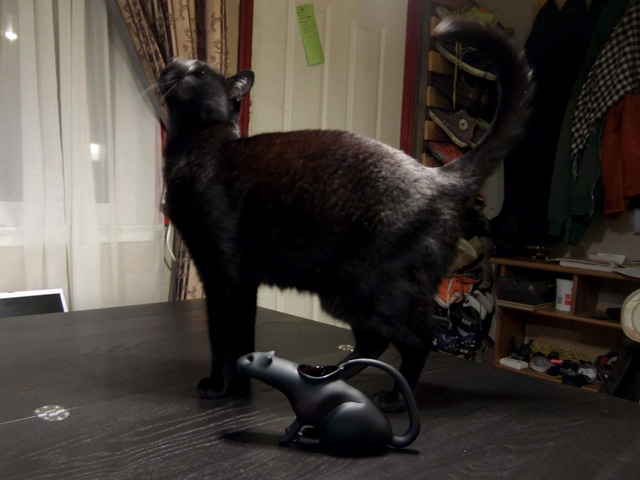 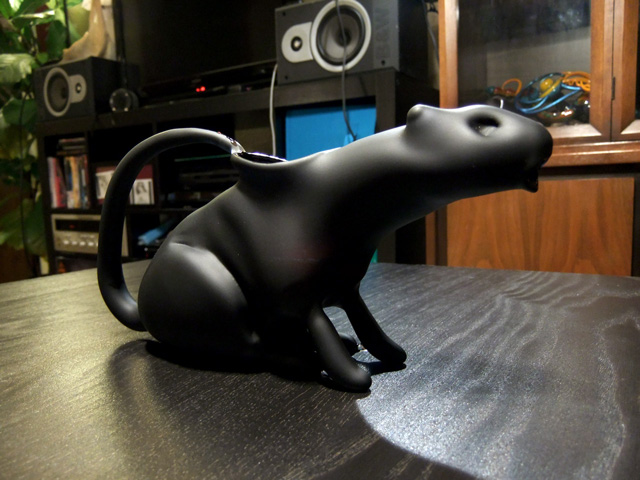