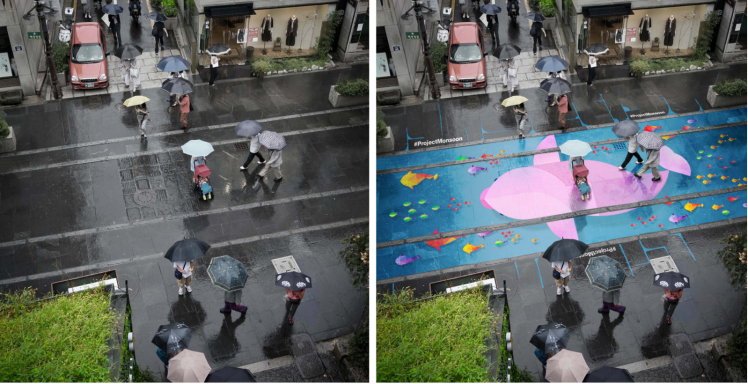 The School of the Art Institute of Chicago (SAIC) recently partnered with the Pantone Color Institute to create Project Monsoon, a plan to brighten the gloomy streets of Seoul, South Korea during its dark and rainy monsoon season with brightly colored murals using hydrochromic paint, which remains transparent until it’s exposed to moisture. The group chose a river theme, which holds strong meaning in South Korean culture.

Seoul, South Korea, is a vibrant and colorful city. But, during the annual 3 week monsoon season, Seoul’s energy and color disappear under the dark cloud and people staying indoors. With the help from Pantone we wanted to change that. …We painted the streets of Seoul with hydrochromic paint – a special formula which changes from transparent to opaque when it gets wet. Inspired by South Korea’s culture of emphasizing the importance of the flow of rivers, the paintings utilize Korea’s topographical features that create a flow and puddle of rain water in every street to fill the streets with color and life. 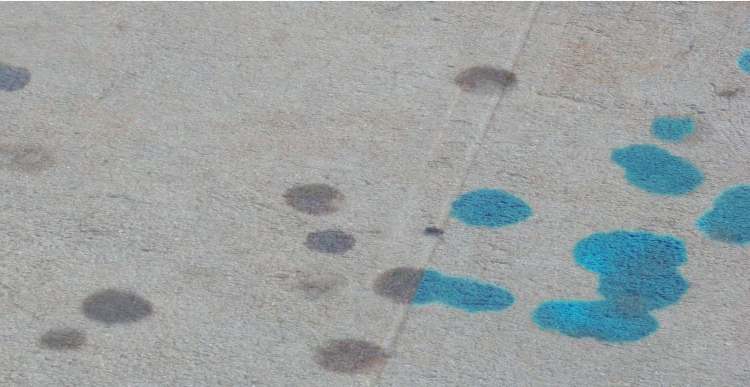 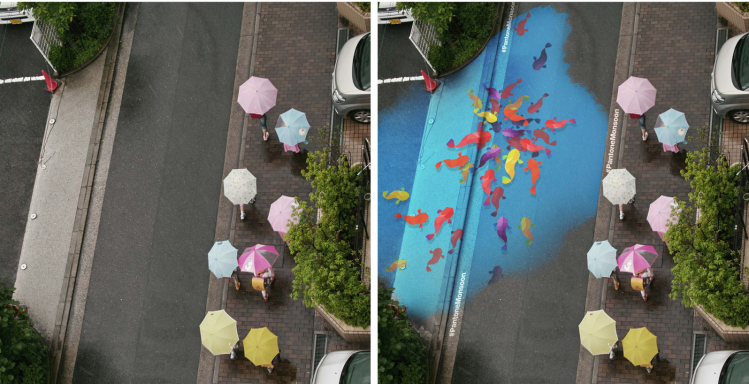 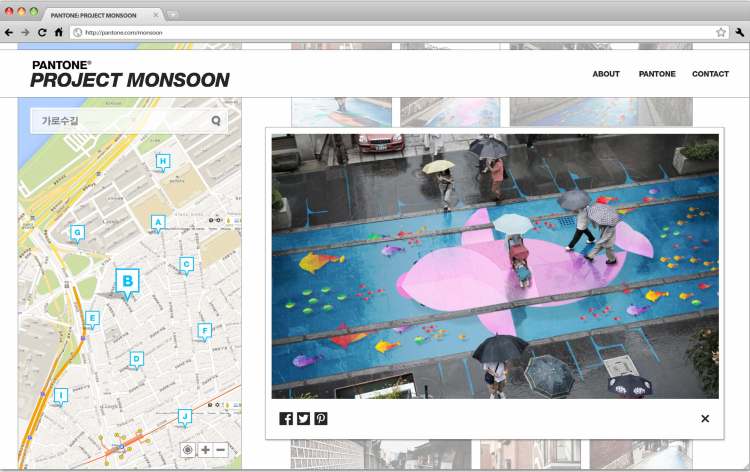