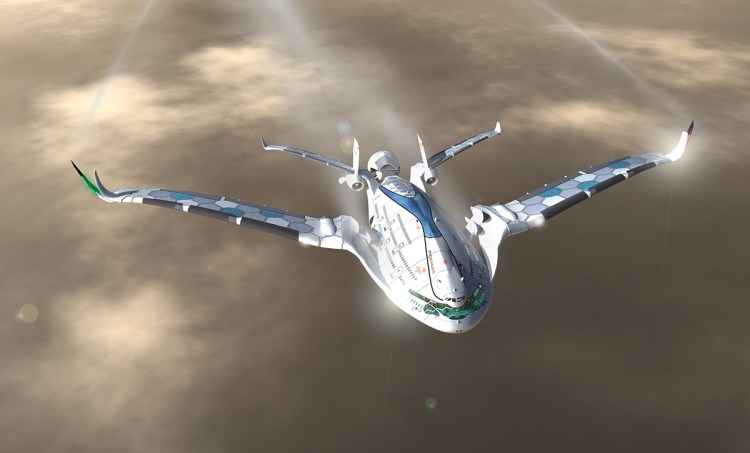 Barcelona-based designer Oscar Viñals imagines the future of air travel with his concept airliner AWWA·QG. The so-called “Progress Eagle” is powered by electrical turbo fans and generates nearly all of its own energy through solar and wind generators. The 800-passenger aircraft has a 314-foot wing span (an Airbus A380 superjumbo has a wingspan of 280 feet). Viñals imagines his concept aircraft being feasible around 2030. 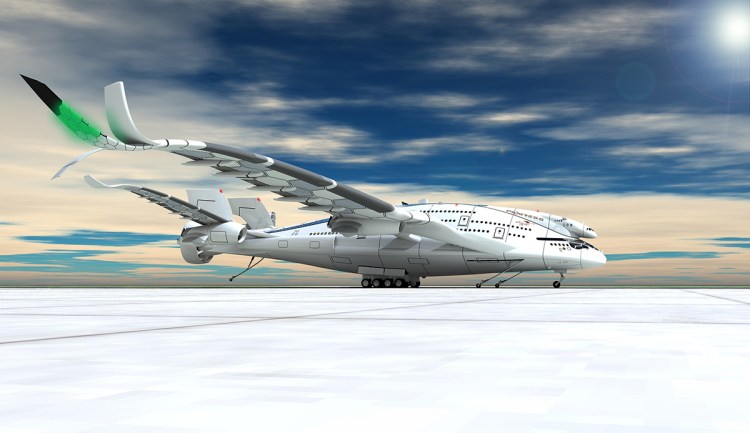 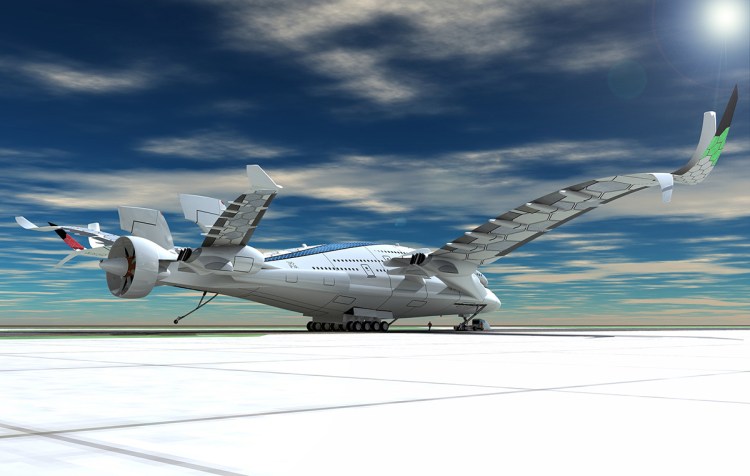 via CNN, Popular Science, The Presurfer