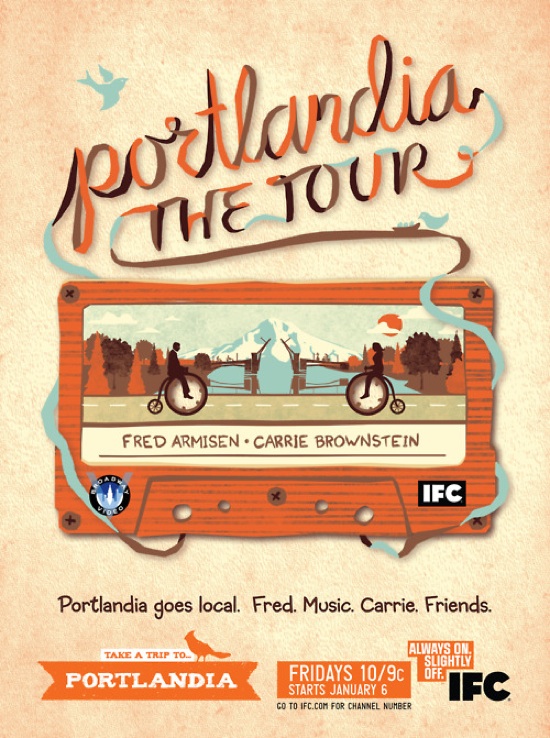 On December 27 Fred Armisen and Carrie Brownstein are kicking off a six city tour based on their hilarious IFC televison show Portlandia, including stops in Portland, Seattle, San Francisco, Los Angeles, Chicago and New York.

Fred Armisen (Saturday Night Live) and Carrie Brownstein (Wild Flag, Sleater kinney) from
IFC’s hit original comedy Portlandia are embarking on a unique six city tour bringing
the romanticized and dreamy rendering of Portland, OR to life for fans across the country.
“Portlandia: The Tour” will feature Armisen and Brownstein, the co-creators, writers and stars of Portlandia,
performing live music, presenting sneak-peek clips from the show’s second season and sharing personal
anecdotes about the creation and inspiration of Portlandia and its variety of eccentric characters.
“Portlandia: The Tour” begins in Portland, OR, on Tuesday, December 27, 2011.

The second season of Portlandia begins on January 6.