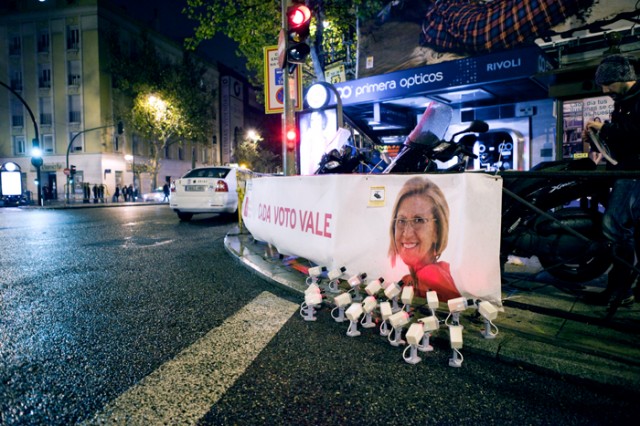 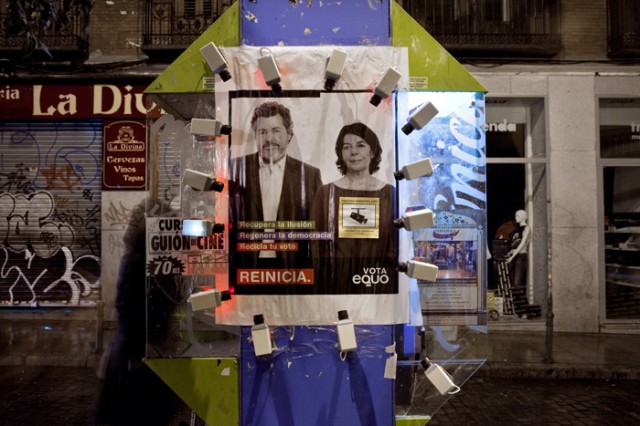 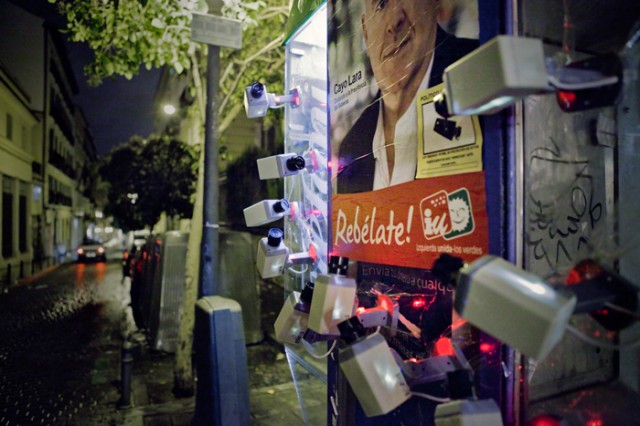 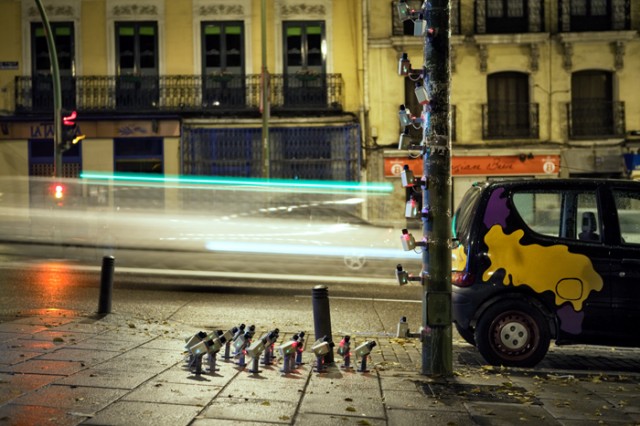 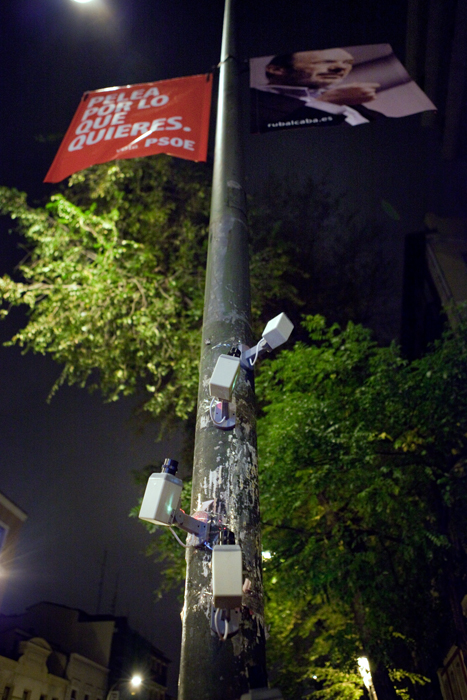 “Politicians Under Video Surveillance” by Spanish art collective Luzinterruptus is an art installation in which 75 fake security cameras were clustered around political candidate ads in Madrid. The installation occurred on November 19, one day before a Spanish election. We recently wrote about another work by Luzinterruptus: Radioactive Control, Installation of 100 Glowing Figures in Hazmat Suits.

For our installation Politicians under video surveillance, we carried 75 fake security cameras with us, of the type which detect movement and possess an intermittent red light and we trained them on the advertising used by the parties in their electoral campaigns, observing from close up the faces that were touched up for the photos, of the politicians elect.