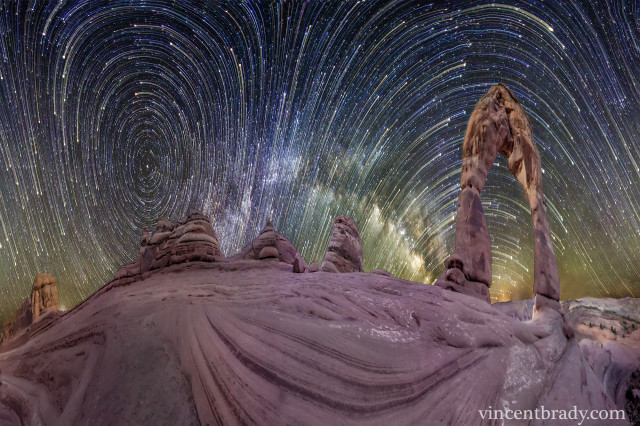 Photographer Vincent Brady captures beautiful time-lapse night sky photos, often referred to as star trail photographs, as 360 x 180-degree panoramas — causing what looks like weird distortion of space thanks to the horizontal compression of the image. This is accomplished by having four cameras, each equipped with a fisheye lens, attached to a rig that has them shoot their portion of the sky to capture what becomes a typical star trail photograph with the help of StarStaX software, and then Brady manually stitches the resulting four images together into a panorama using the PTGui Pro software. 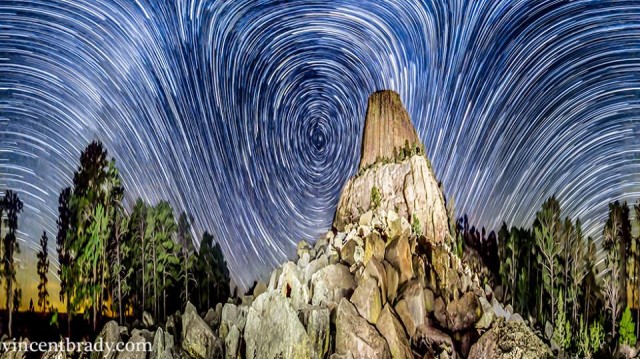 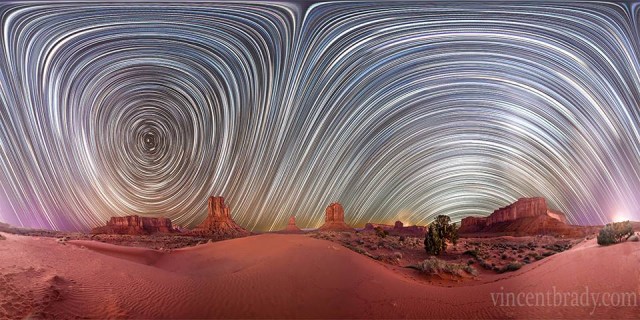 via NASA Astronomy Picture of the Day