RocketNews24 has posted a series of photos and video of an outbreak of Pikachus from the video game franchise Pokémon during an event called Pikachu Tairyou Hassei Chu in Yokohama, Japan. The event went on from August 9th through August 17th, with parades of the giant critters happening regularly throughout the day.

The Tairyou Hassei Chu event is going on in Minato Mirai, Yokohama’s fashionable harbor area that’s filled with parks, entertainment complexes, high-rise condominiums, and some beautiful views where the sea, sky, and city converge. So the first order of business was a train ride to Minato Mirai Station, which is about 30 minutes south of downtown Tokyo. After getting off the train, we spotted our first Pikachu before we were even out of the gates[.] 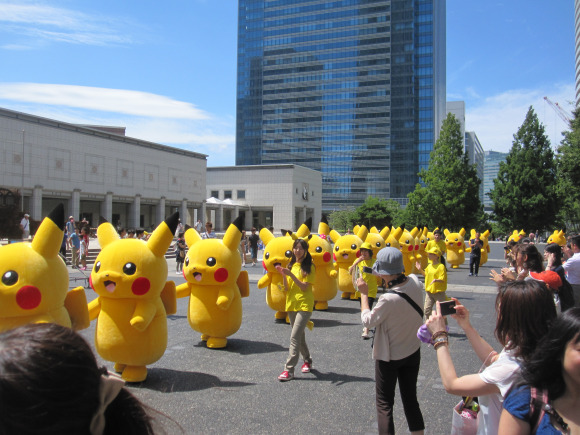 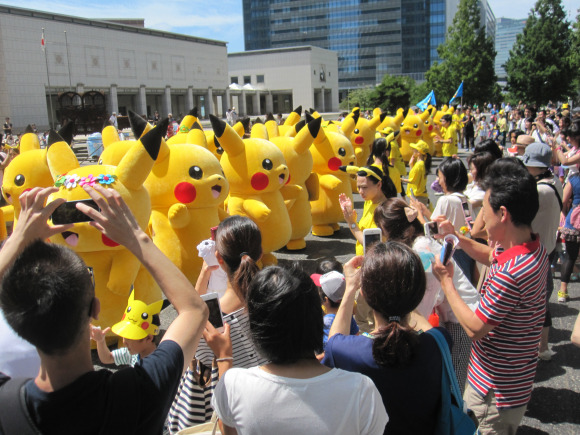 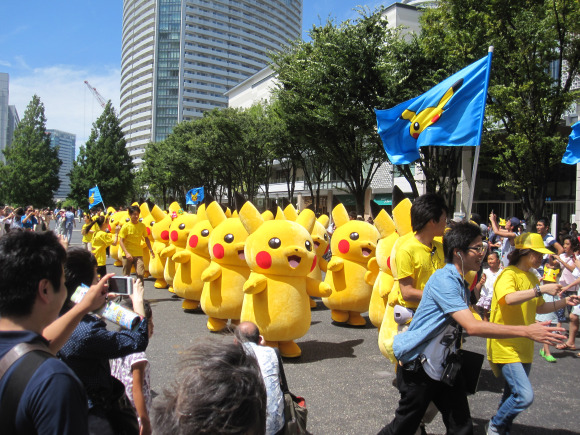 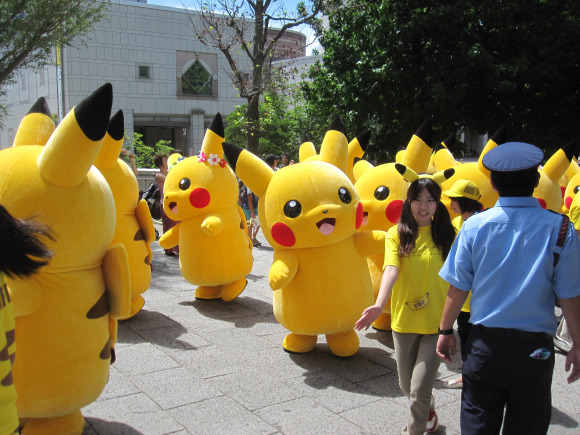