“Mission Marvel” is a crossover episode of the animated series Phineas and Ferb with a group of powerless Marvel superheros. Phineas and Ferb will join forces with the superheroes to help them take down evil villains and regain their powers. The episode will be premiering in summer 2013 on Disney Channel.

In Phineas and Ferb: Mission Marvel, Spider-Man, Iron Man, Thor and Hulk enter Danville after Dr. Doofenshmirtz’s latest “inator” scheme accidentally removes their powers and immobilizes them. Now it’s up to Phineas and Ferb to team up with the Marvel Super Heroes to help them regain their powers and defeat Marvel Super Villains—Red Skull, Whiplash, Venom and M.O.D.O.K.—who are working together with Dr. Doofenshmirtz to use his power-draining technology to create mayhem. 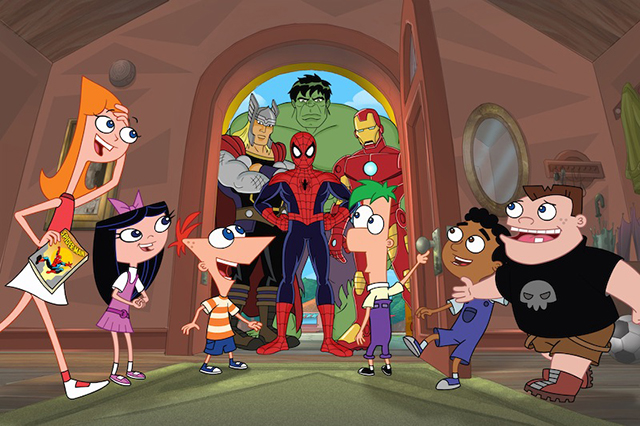