Disney Pixar has released the full six and a half minute Toy Story Toons animated short Partysaurus Rex, which we posted a sneak peek of back in August. You can watch as the Wallace Shawn voiced green dinosaur named Rex breaks out of his insecure “party pooper” shell and throws one hell of a party for a new found group of bath time friends. The Partysaurus Rex short is being shown in front of the Finding Nemo 3D animated film, while still in theaters.

Poor Rex. Buzz, Woody and the rest of the “Toy Story” gang think he is a just a wet blanket. But when Bonnie takes him to bath time, he goes from a party pooper to king of the hot tub! Creating a bubble bash like no other, everyone’s raving about the Partysaurus Rex! 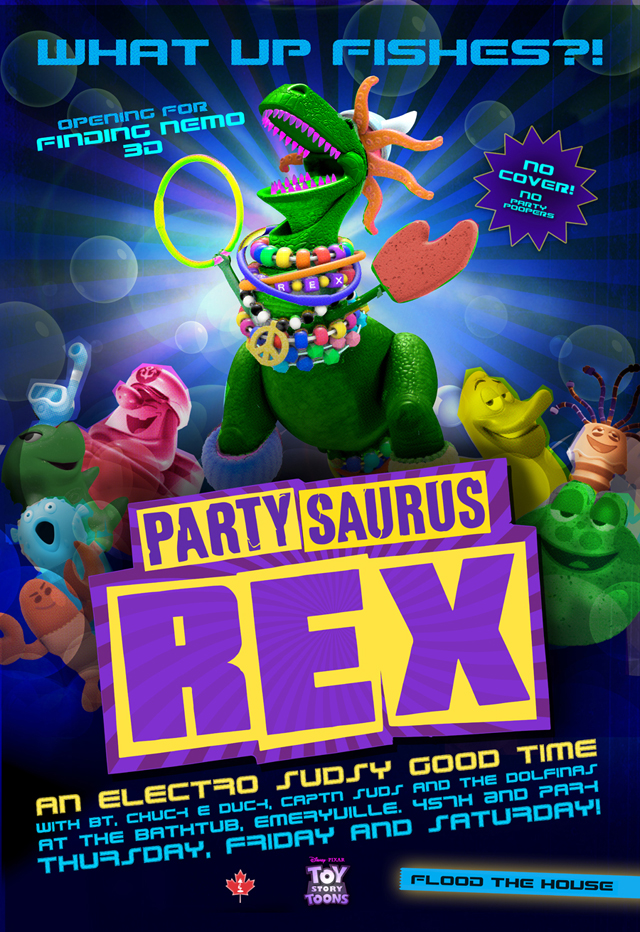 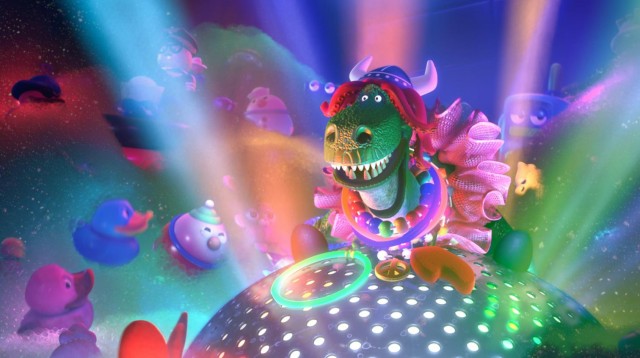