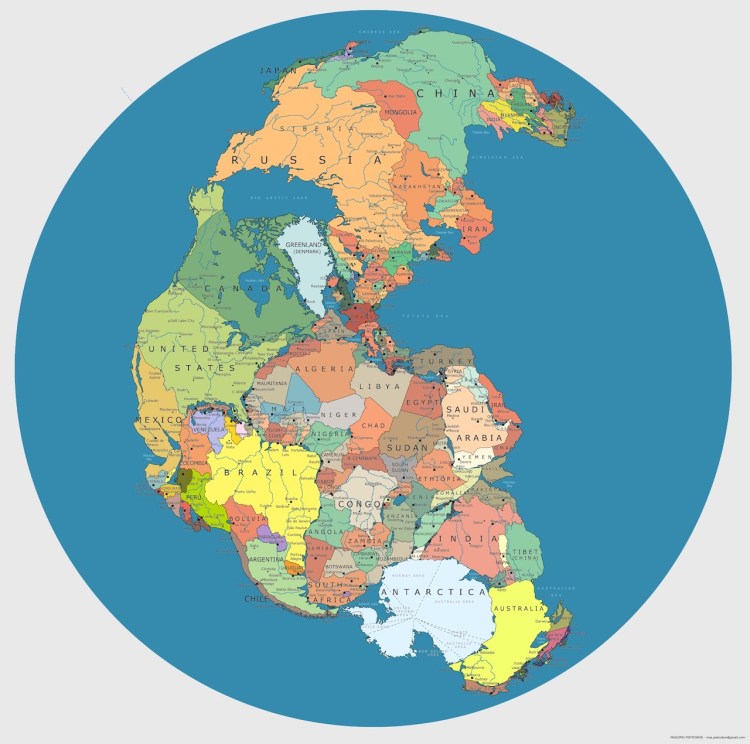 Digital artist Massimo Pietrobon has created “Pangaea Politica”, which takes a look at the world as it once was before all the tectonic plates shifted, as the supercontinent Pangaea, but with the country borders of modern age.

With this map, Pietrobon also posited whether or not the countries of the world would come together if they all had to share a single piece of land once again.