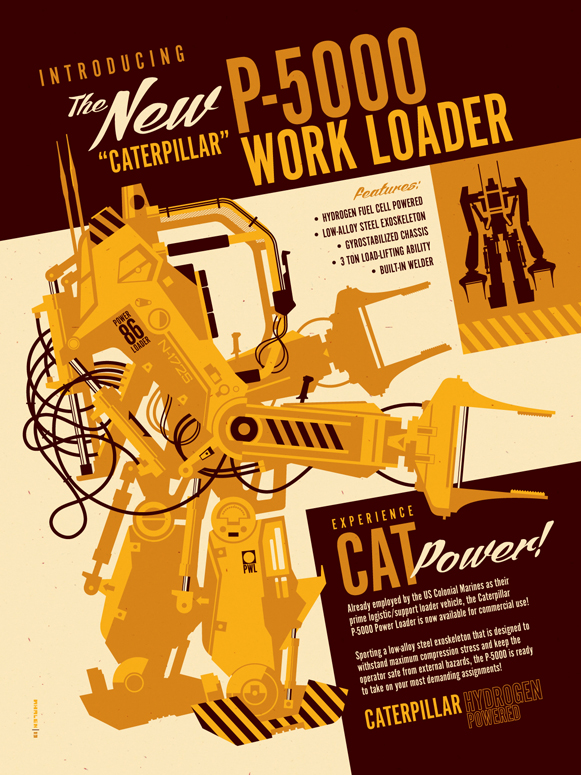 P-5000 Work Loader is an illustration by artist Tom Whalen that was inspired by the 1986 James Cameron directed science fiction action film Aliens. The Caterpillar P-5000 Work Loader was a mechanized exoskeleton used by Ellen Ripley (Sigourney Weaver) to battle an Alien queen. Tom created this piece for the Product Placement group art show at Gallery1988 in Los Angeles running from March 9, 2013 to March 30, 2013.

‘Product Placement’ participants were asked to create a poster/advertisement for a fictional product from television or film. i’ve always thought the Caterpillar P-5000 work loader from “aliens” was the bees knees, so this was pretty much a no-brainer for me.