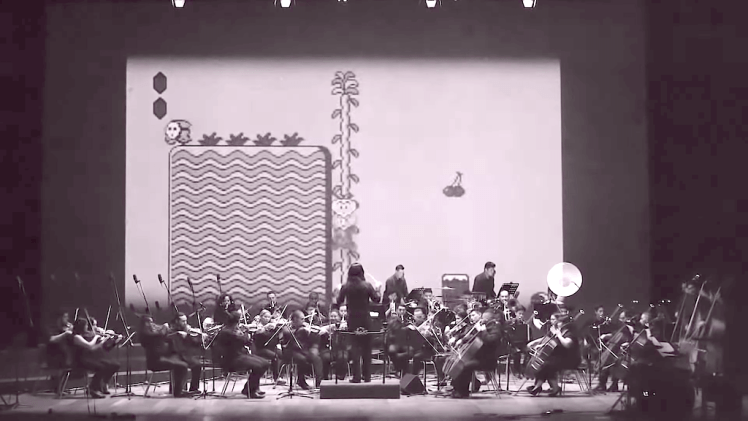 The Epic Symphonic Orchestra performed an amazing live medley of songs from the soundtrack of Mario Bros. while a film of the classic video game was playing in the background. Conductor and symphony founder Mickey Tejado skillfully directed the musicians to the rises and falls in sequence with the action on the screen.

This video is inspired by the music of our most beloved videogame. Ranging almost three generations of gamers this is our humble tribute to the hours, days, months spent playing every Mario Bros game.