In this heartwarming story shown on the CBS News segment “On the Road” with host Steve Hartman, Myles Eckert, an 8-year old Ohio boy whose father was killed in Iraq, found a $20 bill in the parking lot of a Toledo area Cracker Barrel. While he was thinking of what that he could buy with the money, he saw a soldier come in and Myles decided to give him the $20 along with a note (below) explaining why he wanted to give the money to him.

My dad was a soldier. He’s in heaven now. I found this $20 in the parking lot when we got here. We like to pay it forward in my family. It’s your lucky day. Thank you for your service.

The soldier, Lt. Colonel Frank Daly, said that Myles gave him far more than $20, he gave him a lifetime direction and hopes that this will inspire others to do more. 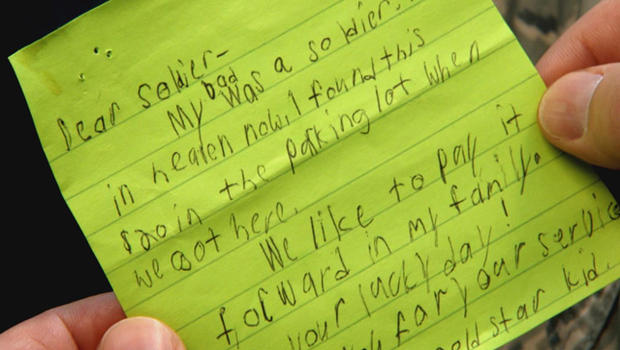 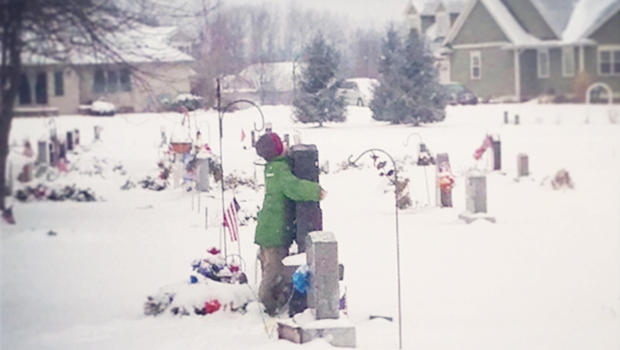