Pittsburgh, Pennsylvania artist Niffer Desmond has crafted the “Nikola Tesla Coloring Book“, a really creative tribute dedicated to the memory of the brilliant engineer and visionary who, among other things, discovered the alternating current electrical system and worked to make it an important part of modern life.

Tesla was far ahead of his time- his alternating current system literally powered the rise of civilization in the 20th century! Without Nikola we would be in the dark without a radio- and no AC/DC. Though his extraordinary genius contributed vastly to our modern age he has remained virtually unknown until only recently. This coloring book brings Tesla to life, beautifully illustrated with anecdotes ranging from mystical childhood experiences to his days in the high rolling-world of industrialism. In addition to drawings there are word hunts and mazes, with inspirational quotes from Tesla himself.

Desmond is currently raising funds through Kickstarter to bring her coloring book to market. 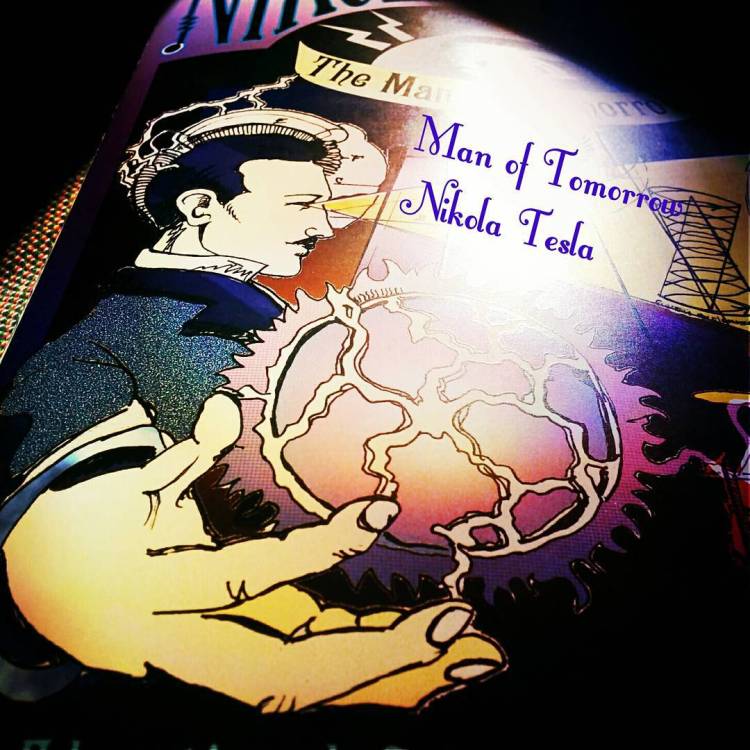 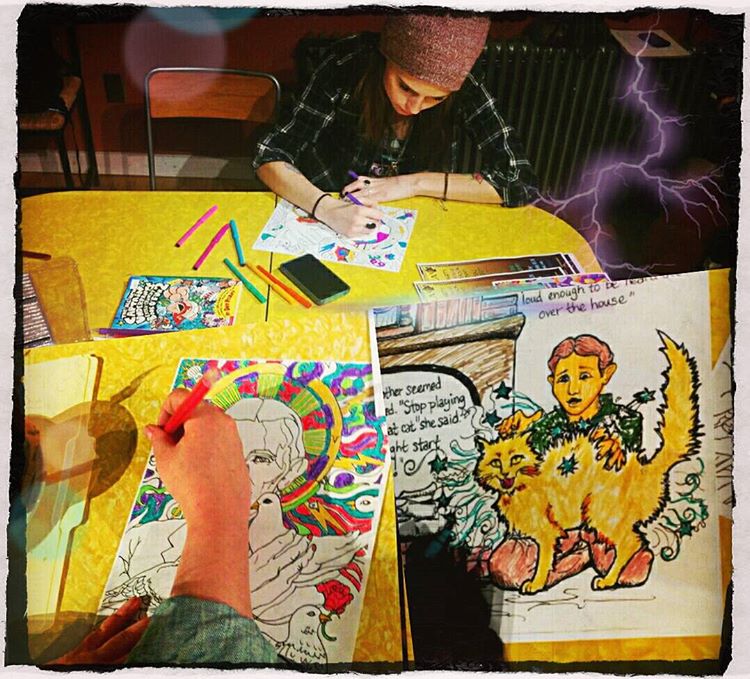 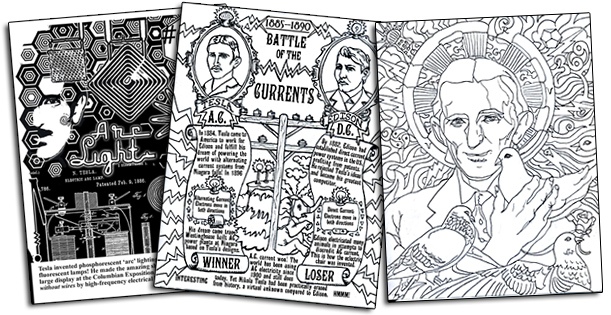 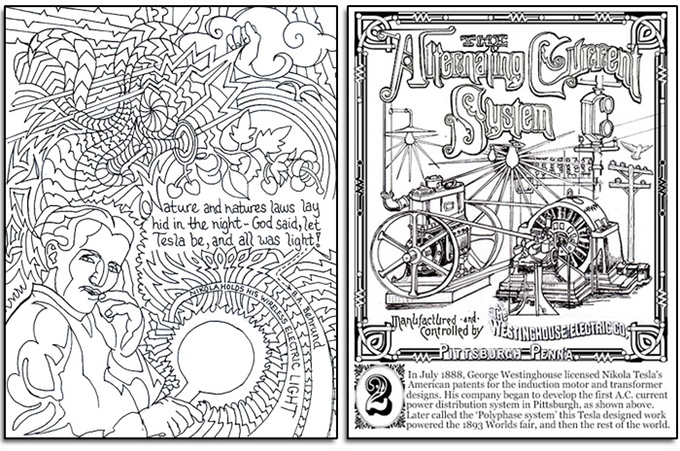