DreamWorks Animation has released a new international trailer for their upcoming David Soren directed animated film, Turbo. The trailer showcases Turbo the racing snail’s true power of super-speed and how he lets it loose on the race track. The film is scheduled to dash into theaters on July 17, 2013. Previously we wrote about the voice actors and first two teaser trailers for the film.

Here is the synopsis for Turbo from DreamWorks Animation:

Turbo is a high-velocity 3D comedy about an underdog snail who kicks into overdrive when he miraculously attains the power of super-speed. But after making fast friends with a crew of streetwise, tricked-out es-car-goes, Turbo learns that no one succeeds on their own. So he puts his heart and shell on the line to help his pals achieve their dreams, before Turbo-charging his own impossible dream: winning the Indy 500. 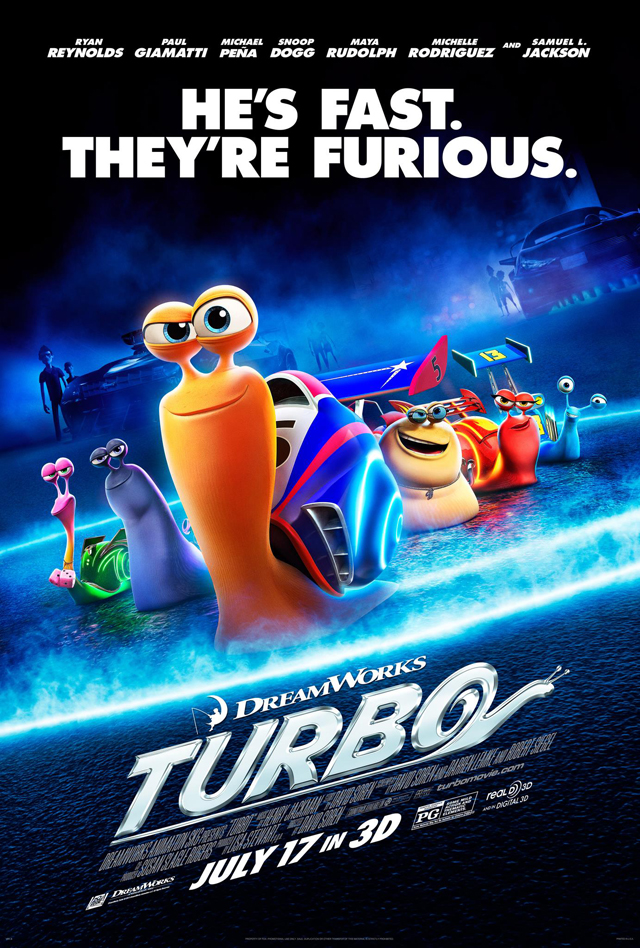 video and image via DreamWorks Animation