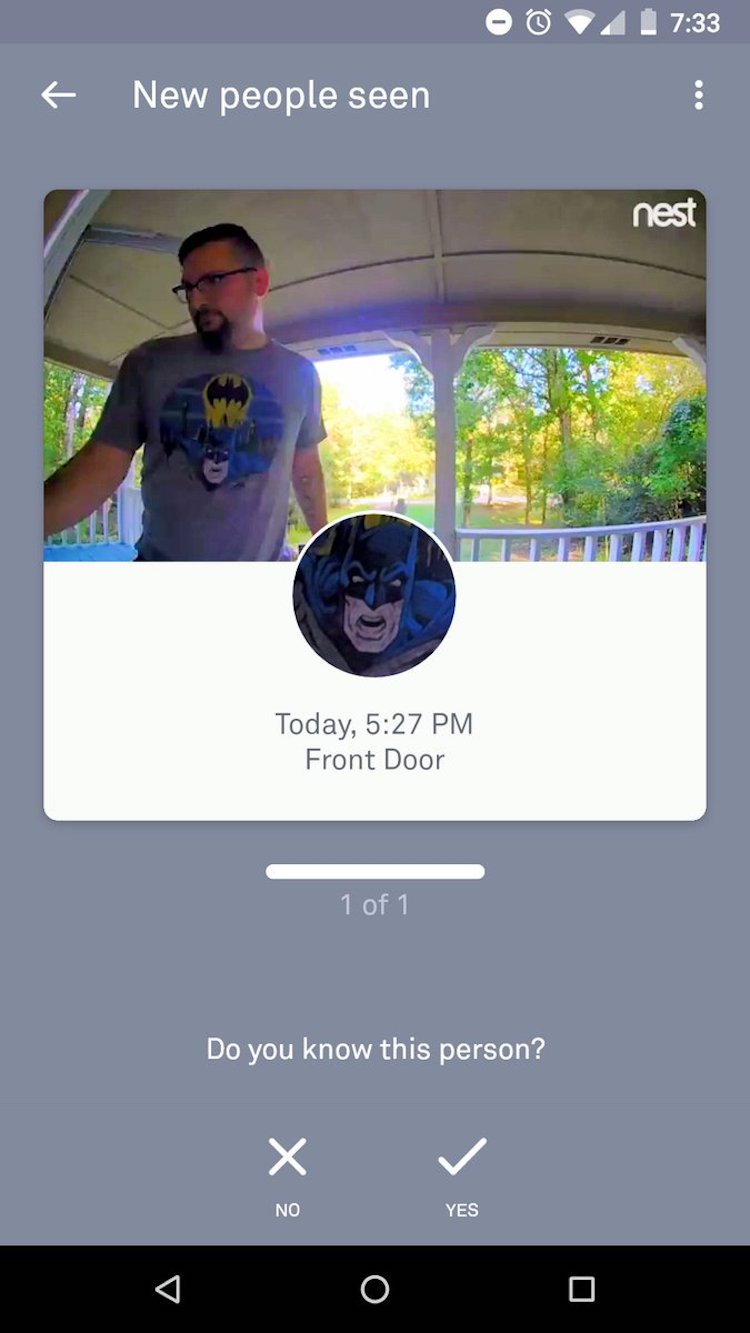 When homeowner B.J. May stepped out of his Georgia home wearing a blue Batman shirt, he was surprised when his Nest doorbell wouldn’t let him back in. When he went to check on the app as to what was going on, he saw that the camera mistakenly identified the face of the Batman on his shirt rather than his own. May was able to open the door with his PIN, so no harm was done, but it certainly makes for an amusing story.

To answer some questions:

Yes, the door was unlocked. My family was home, and my son was in/out the front door playing.

I unlocked the door using my pin. I also could have used the phone app. It was no biggie, I just thought the face recognition fail was funny.

No, the door will not unlock if it sees a friendly face. That's not a feature. It just reacts to an unknown face by locking the door just in case you forgot to lock it and a stranger approaches. It didn't recognize Batman.