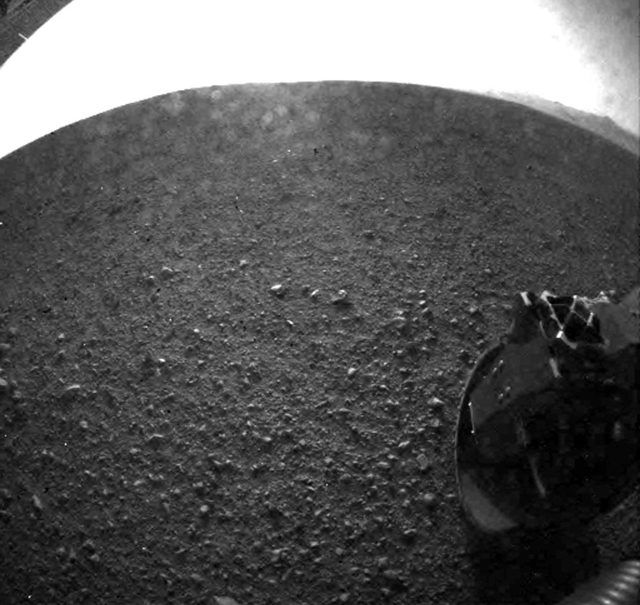 This is one of the first images taken by NASA’s Curiosity rover, which landed on Mars the evening of Aug. 5 PDT (morning of Aug. 6 EDT). It was taken through a “fisheye” wide-angle lens on the left “eye” of a stereo pair of Hazard-Avoidance cameras on the left-rear side of the rover. The image is one-half of full resolution. The clear dust cover that protected the camera during landing has been sprung open. Part of the spring that released the dust cover can be seen at the bottom right, near the rover’s wheel.

At 1:32 AM EDT on Monday August 6, 2012, NASA‘s car-sized Curiosity rover successfully landed on Mars within the Gale Crater, a crater that is 96 miles in diameter and houses mountains that reach up to 3 miles in height. Moments after landing, the first images of this incredible space voyage were sent out for the world to see. Check out the great footage of the Mars Science Laboratory team celebrating the landing.

For up-to-date information and rover images, you can visit the Mars Science Laboratory website. Live-streaming about the amazing Mars rover Curiosity and the Mars journey is viewable via NASA TV and Ustream. The Mars mission is also being updated live via Twitter. A humorous Twitter account posting as ‘the surface of Mars’ also popped up. A great timeline displaying events from the Mars landing has been posted at The New York Times’ Lede Blog.

In case you missed it, we also wrote about Twitter Updates of NASA Phoenix Spacecraft Landing on Mars in 2008. 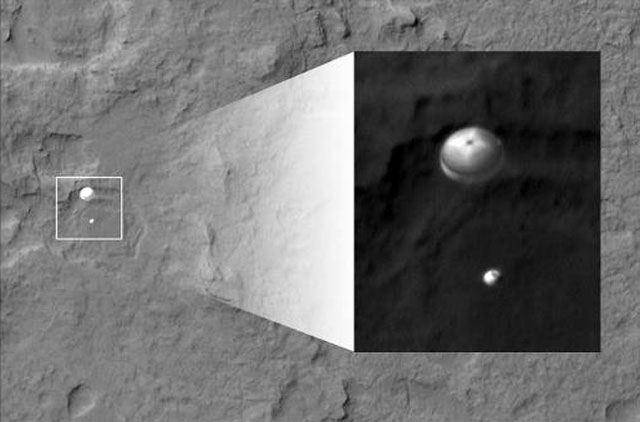 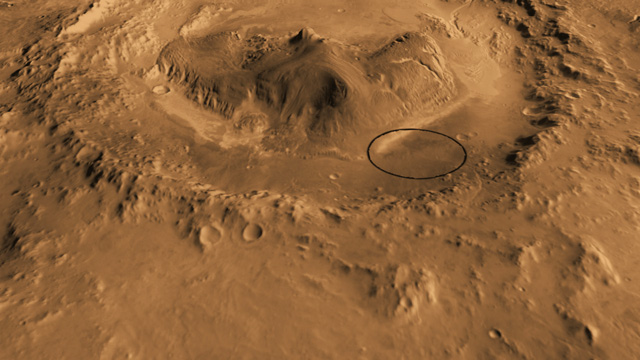 Oblique view of Gale Crater from the North

This computer-generated view based on multiple orbital observations shows Mars’ Gale crater as if seen from an aircraft north of the crater. 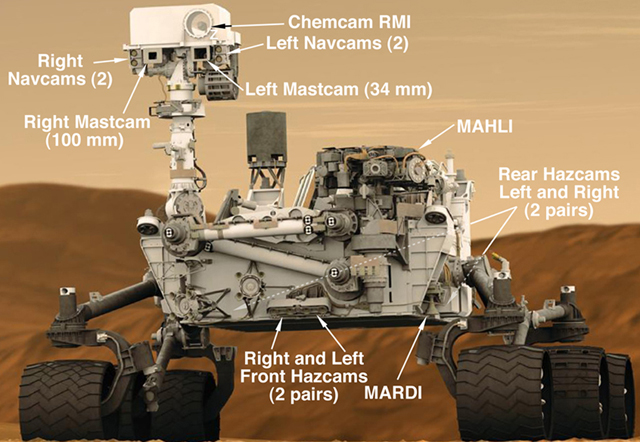 What to Expect When Curiosity Starts Snapping Pictures

The car-size rover’s very first images will come from the one-megapixel Hazard-Avoidance cameras (Hazcams) attached to the body of the rover. Once engineers have determined that it is safe to deploy the rover’s Remote Sensing Mast and its high-tech cameras, a process that may take several days, Curiosity will begin to survey its exotic surroundings. 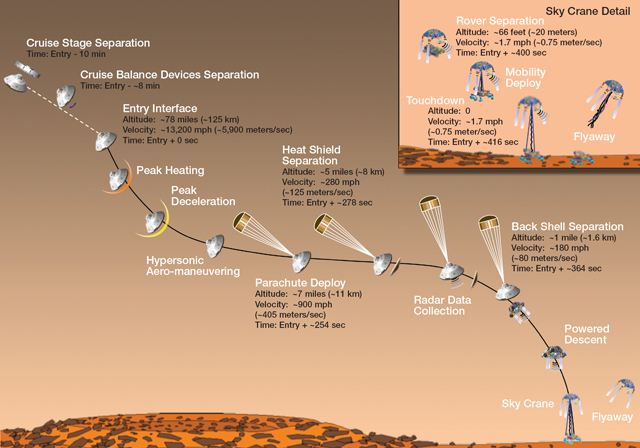 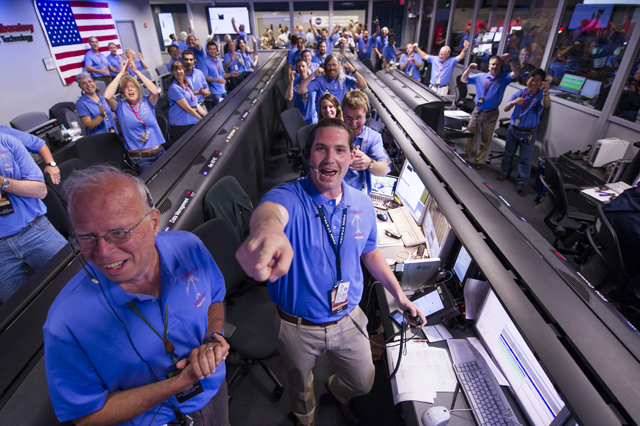 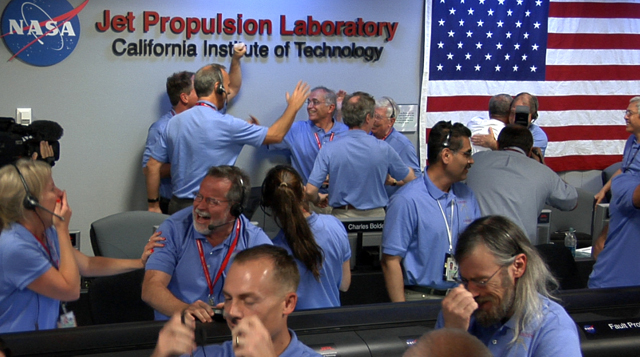 The Mars Science Laboratory (MSL) team in the MSL Mission Support Area reacts after learning the the Curiosity rover has landed safely on Mars and images start coming in at the Jet Propulsion Laboratory on Mars, Sunday, Aug. 5, 2012 in Pasadena, Calif. The MSL Rover named Curiosity was designed to assess whether Mars ever had an environment able to support small life forms called microbes. 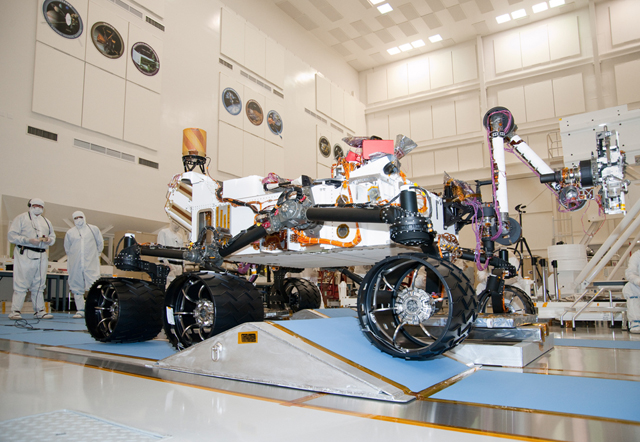 images and photos via NASA, JPL-Caltech and Bill Ingalls