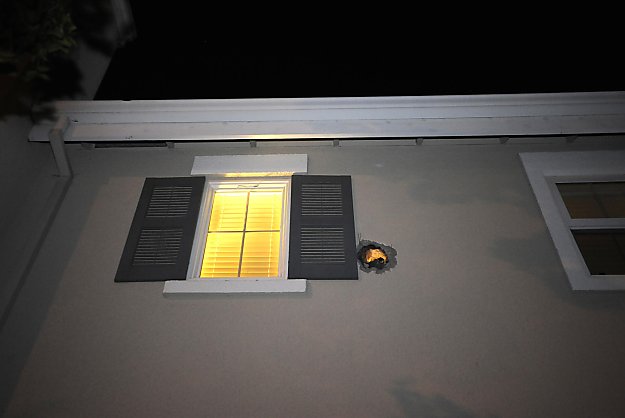 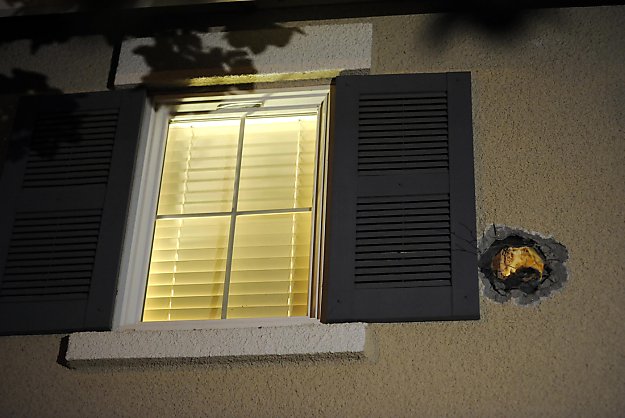 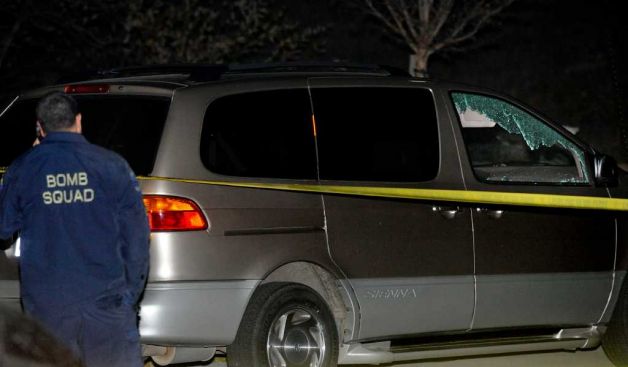 Last night the MythBusters team accidentally fired a 6 inch diameter cannonball into Dublin, California, striking two homes and a minivan (video via CBS San Francisco). The cannonball flew wide during an experiment at the Alameda County Sheriff’s bomb disposal range, traveling 700 yards before passing through the front door of a house, ping-ponging through the house, and exiting through the second story bedroom wall (right over the heads of a sleeping family.) The cannonball then crossed the street, bounced off the roof of a second house, and landed in the front seat of a minivan. Nobody was hurt.