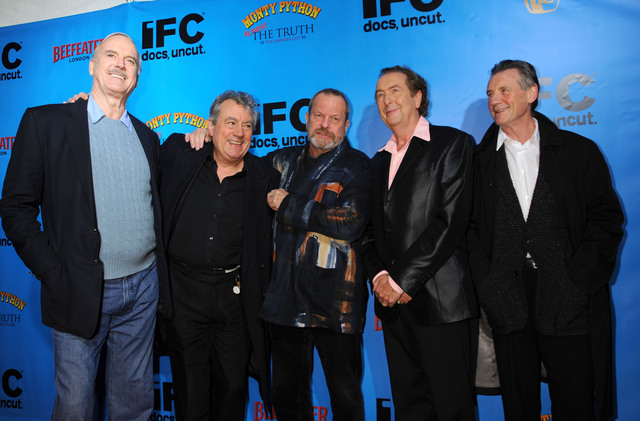 The surviving members of the Monty Python comedy group will be reuniting for a stage show, the BBC reports. “We’re getting together and putting on a show – it’s real,” Terry Jones told the BBC. “I’m quite excited about it. I hope it makes us a lot of money. I hope to be able to pay off my mortgage!” John Cleese, Eric Idle, Terry Gilliam, Michael Palin, and Jones are expected to officially announce the show at a press conference at The Playhouse Theatre in London on Thursday. The group has not publicly performed together since the 1998 Aspen Comedy Festival.

Only three days to go till the Python Press Conference. Make sure Python fans are alerted to the big forthcoming news event.

Python meeting this morning. Can't wait. Press Conference Thursday will apparently be live on Sky News. I'll get you the online URL.